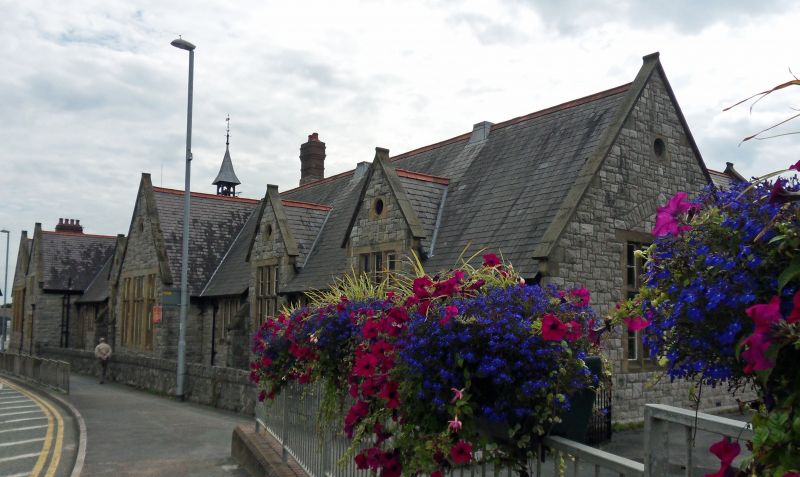 Location: On S side of Conway Road, near junction with Brompton Avenue.

Built 1876. Following the Education Act of 1870, a School Board was established for the Colwyn District. The chairman was Whitehall Dod (1823-1878) owner of the Bryn Euryn estate (Rhos on Sea), and the Llannerch Estate near St Asaph, as well as land at Glan Conwy. The school was built on land owned by Dod, at the west end of Colwyn Bay to serve rural communities, and has some similarities with other work commissioned by Dod (eg Ship Hotel, Rhos on Sea).

The interior retains its overall plan and character to a remarkable degree. Large class rooms and assembly hall. The original open roofs are retained above recent suspended ceilings, corbels and feet of trusses visible. Wooden stairs to offices on upper floor (east)

Well-preserved and designed Board School of 1876, retaining much original character in interior and exterior.