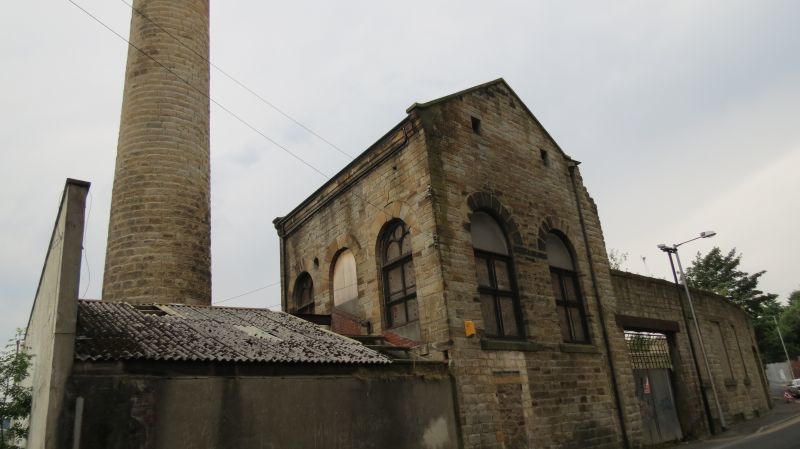 Mill chimney and attached former engine house, now derelict. Later C19, altered. Coursed squared sandstone, with slate roof to engine house. Slightly tapered cylindrical chimney. Small rectangular engine house, one high storey, with a gabled 2-window facade to Ashfield Road and a 3-window east side wall: round-headed windows with plain voussoirs, arched and circular wooden tracery in the heads (those in the east side
partly covered by a lower addition). Close to British Railways Viaduct (qv), the chimney standing in striking group relationship with it when seen from a distance. Included for group value.