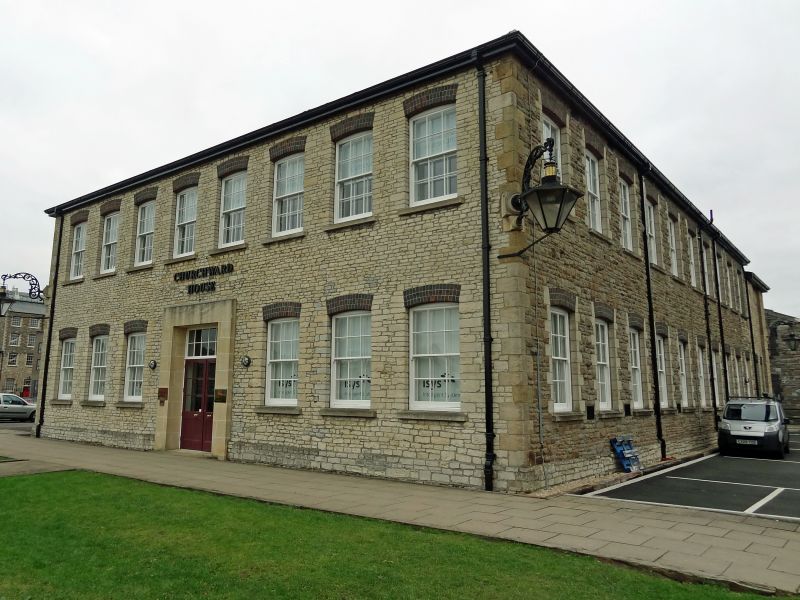 Works Manager's Office, now private offices. 1841, extended 1855-6 and later
alterations. Squared rubble with brick and ashlar dressings, slate roofs.
2 storeys, the south block which is 6 x 2 bays, is the oldest part, the south front
having been rendered. Behind is a 10 window wing in different coloured stone
dating from a later period, except for part of the east wall. All the windows date
from the later period and are sashes with glazing bars in cambered brick heads.
The 2 blocks have separate hipped roofs with tall brick chimneys. The original part
was already the manager's office in 1846 and was presumably designed, built and used
by Sir Daniel Gooch. The building was used by Sturrock, Rea, Armstrong, Dean,
Churchward etc. when works managers. Of interest as part of the original GWR works
designed by Brunel and Gooch and opened in 1843, and extended in 1855-6. It was
then altered and extended in the great expansion of the 1870's. One of an important
group of Victorian industrial buildings at the GWR works.