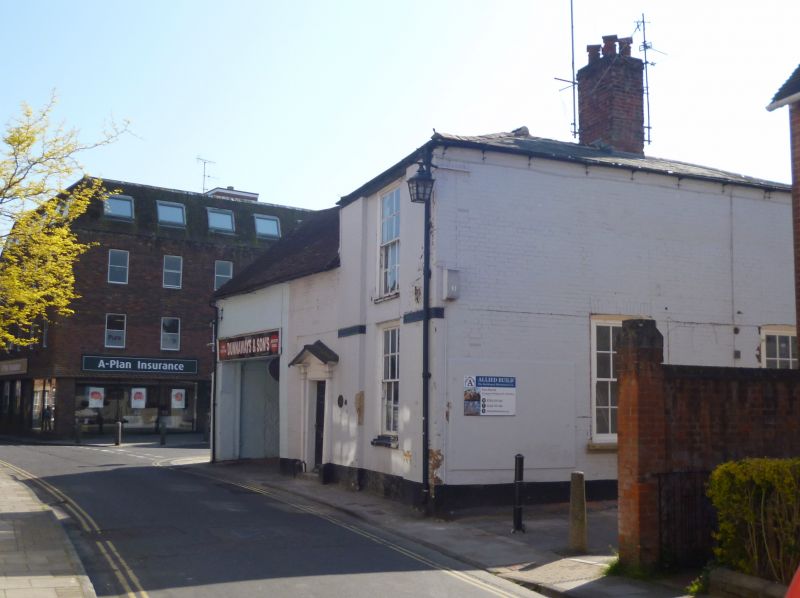 (Formerly listed as No 3)

II
C18 and early C19. Tiled gabled roof with carriageway on ground floor to
southern part, higher frontage to northern part which has hipped slate roof
with tiled ridges. Both parts painted brick. Two storeys. One window bay in
recession in northern part. Sash windows with flat arches and glazing bars.
Doorway in southern part with moulded frame, pilasters and pediment. Carriage-
way with wooden boarded doors before it leads into an C18 east-west wing built
on at southern end of the block and now used as a garage. Rendered. One storey.
Red tiled roof.