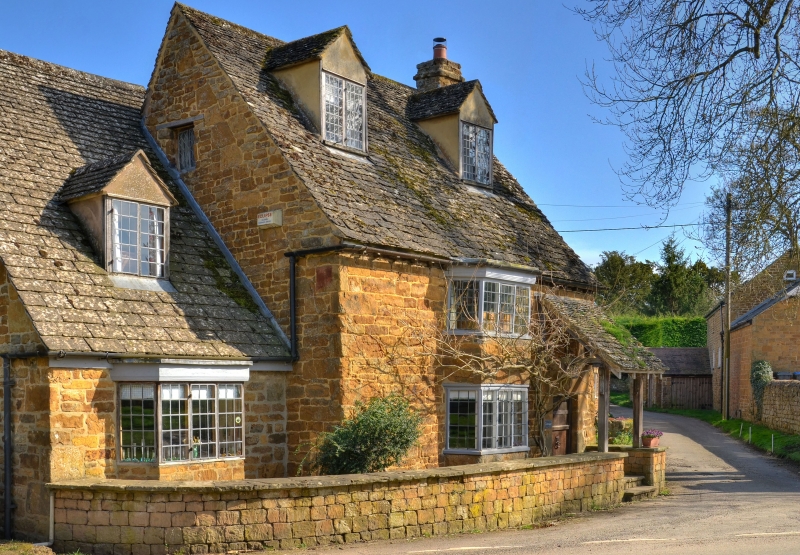 House. C17; altered circa late C18 or early C19 and extended late C20. Dressed coursed stone rubble. Stone tile roof with gable ends. Internal gable-end stone stack. PLAN: 1-room plan house, with baffle-entry against a large gable-end stack on the right [S] and with a winder staircase over an oven on the opposite side of the stack. In circa late C18 or early C19 the roof was raised , partitions were installed on the first floor and a bay window was built on the front. In the late C20 a one-bay extension was added on the left [N] side, set back from the front. EXTERIOR: 2 storeys and attic. Original house on right with 2-storey canted wooden bay on left with casements with leaded panes, and doorway on right with stone frame with bead arris moulding, C20 plank door and C20 open porch. Late C20 1-bay extension set back on left with lower roof. At rear [E], a 2-light stone mullion window on left and C18/19 casement on right with leaded panes and within C20 conservatory. INTERIOR: Chamfered axial beam with step stops at one end and unchamfered joists. Large stone fireplace with chamfered timber lintel, stopped at one end, and an oven with C19 brick lining and cast-iron door. Stone flag floor. Plank doors with wrought-iron strap hinges. Winder stairs beside stack. Window seat in canted bay. Roughly chamfered axial beam on first floor and stud partitions. Roof structure replaced except for lower purlins.