A Grade II* Listed Building in Rodington, Telford and Wrekin 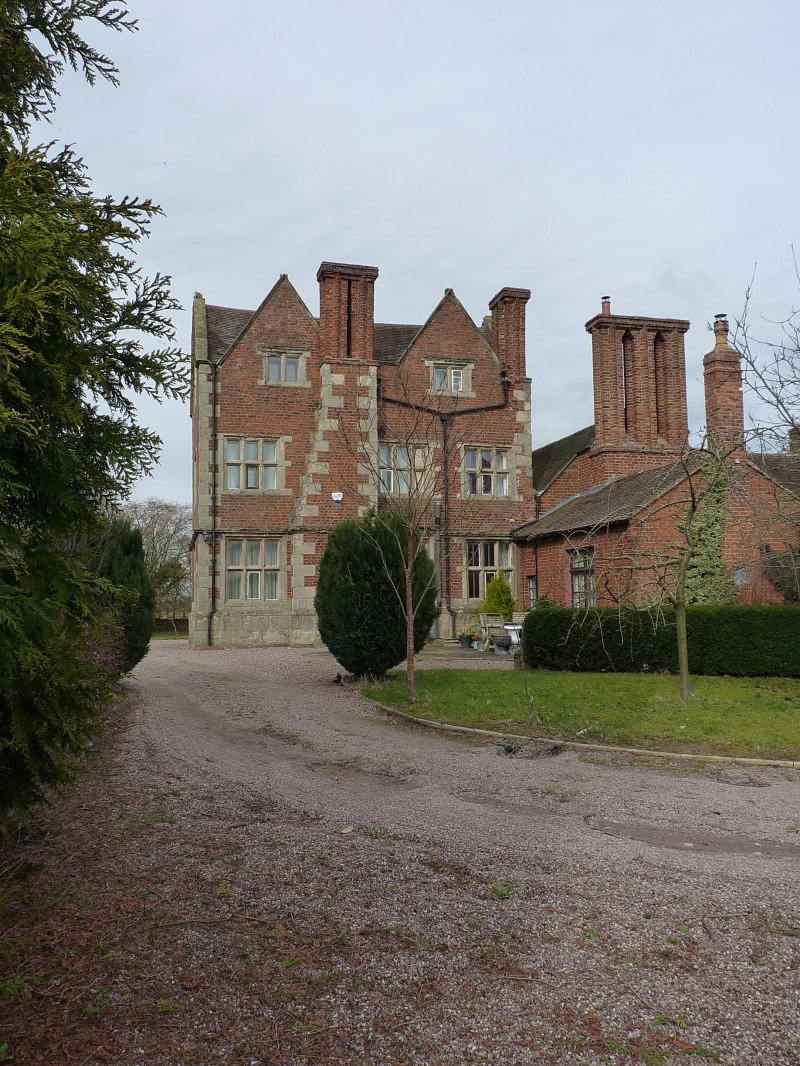 2.
All that remains is what is said to be the south wing of a late C16 E-shaped house.
It is red brick with stone openings. Two-storeys and attic, single to front with
moulded stone coping, long and short quoins, moulded string and ashlar plinth,
ground floor tripartite sash with glazing bars in moulded stone frame, first floor
4-light stone mullion/transom window and 2-light similar attic window in gable above.
Moulded Tudor arched doorway to right.
The right hand return (south side) has 2 gables with external chimney between with
stone quoins and 2 stacks with diagonal shafts. Similar chimney stack over corner
and group of 3 stacks over 2-storey wing at rear. South elevation has range of
3 3-light stone mullion windows, the ground floor have moulded string course
continued over, attic windows have 2 lights with moulded drips.
The north elevation has been altered but retains 2 2-light stone mullion windows
and has a late C18 doorcase with reeded pilasters and frieze dentilled cornice and
panelled door. Gable at rear (east) has 2-light stone attic window. At rear there
is a 2-storey and one-storey and attic brick wing of circa C18 date. The roofs are
plain tiles.
Interior: Hall has C16/17 panelling. Drawing room has moulded plaster cornice. Only
the top flight of the staircase retains its shaped slat balusters and moulded hand
rail. First floor room has moulded plaster ceiling with 2 roundels containing signs
of the zodiac and strapwork. In another first floor room there is fragment of moulded
plaster frieze with vine decoration. Chamfered ceiling beams throughout and some
C16/17 doors.