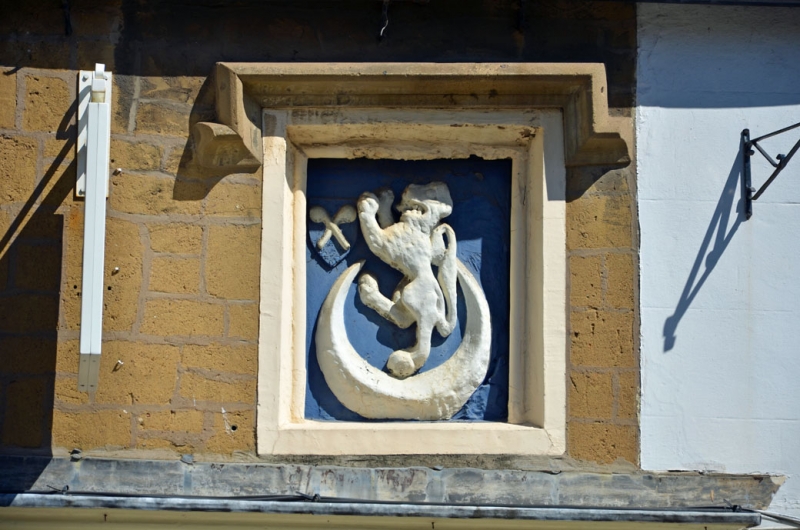 Entry Name: 58 and 60 Bondgate Within

BONDGATE WITHIN (north side)
Numbers 58 and 60

GV
II
Said to have been originally built from stone taken from the 1st Abbey burnt in
the C12. Probably medieval in basic structure but very much altered. C16 or
C17 as it is now with later alterations. Two storeys with steep pitched slate
roof and 2 brick chimneys, one in centre (formerly with gigantic breast), one to
right. No 58 has 2 windows, C19 glazing bar sashes, with a rendered front; No
60 rubble built, a modern casement to left and a blind window to right with Percy
Crescent and Lion under a Tudor label. Shop front to No 58 has carved fascia scrolls
and doorway set between windows; No 60 has smaller 2 light shop window with door
to right and bracketted fascia. To right of this is doorway to throughpassage
in which on the east wall is built a de Vesci shield (with a cross patonce); the
throughpassage terminates in an old, now rendered, round headed arch. In the wall
of a former hatter's shop at the rear of the premises are a medieval corbel head
and a shaft ring.