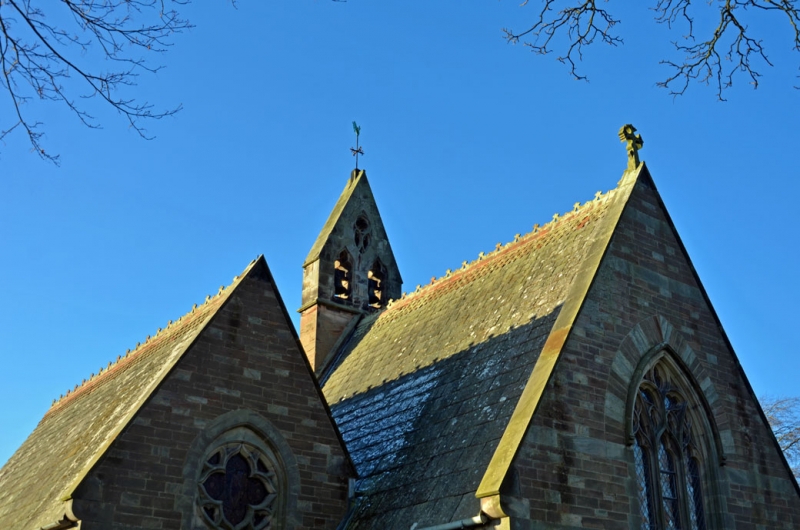 Three-bay nave has porch to right with pointed-arched doorways, semicircular
responds with moulded capitals and very steeply-pitched roof with foliated-
cross finial. One-light cusped windows. Gabled buttress marks junction of
nave and chancel. Against chancel a lean-to vestry, with trefoil-headed
doorway on right return. Three-light west and east windows. Extremely high
and steeply-pitched roof. Steeply-gabled bellcote between nave and chancel
has a pair of cusped ogee bell openings and above an oval opening with two
mouchettes and a quatrefoil. South chapel under separate and similar roof;
rose window in east end; west end has 2-light window and, beneath, a doorway
with shouldered lintel.