A Grade I Listed Building in Bamburgh, Northumberland 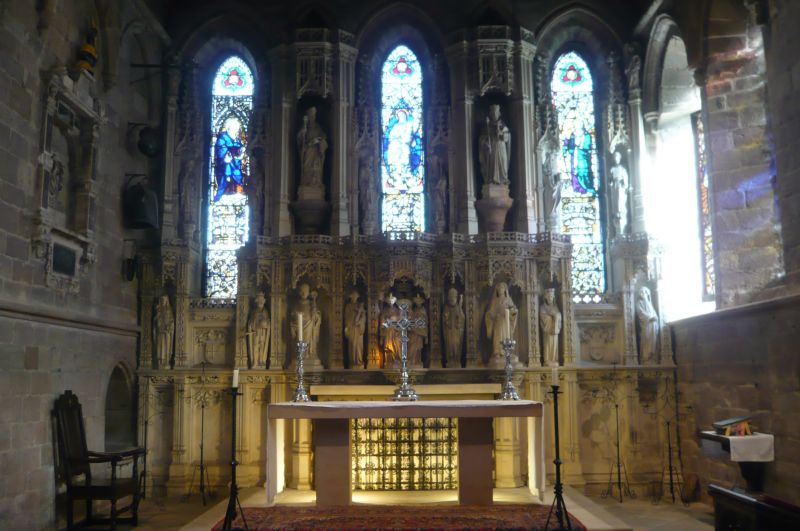 Chancel: Double-chamfered chancel arch with large Decorated squint to right.
Arcaded side walls with pairs of arches rising over each pair of lancets and
narrow arch between; they rise from corbels which were formerly the capitals
of shafts which have been removed. C14 sedilia, piscina and aumbry. C14 tomb
recess with effigy of Knight. 2 low-side windows, the south one blocked.
Elaborate C19 open timber roof. C17 altar rails. Wall monuments to:- Claudius
Forster, 1623, a cartouche in aedicule; Forster family, 1711, large and well-
carved. Large stone reredos with statues of saints, 1895 by W.S. Hicks.

North aisle: recumbent effigy of Grace Darling, 1844 by Raymond Smith, formerly
in the churchyard; Sharpe memorial of 1839 by Chantrey. Hatchments in nave.