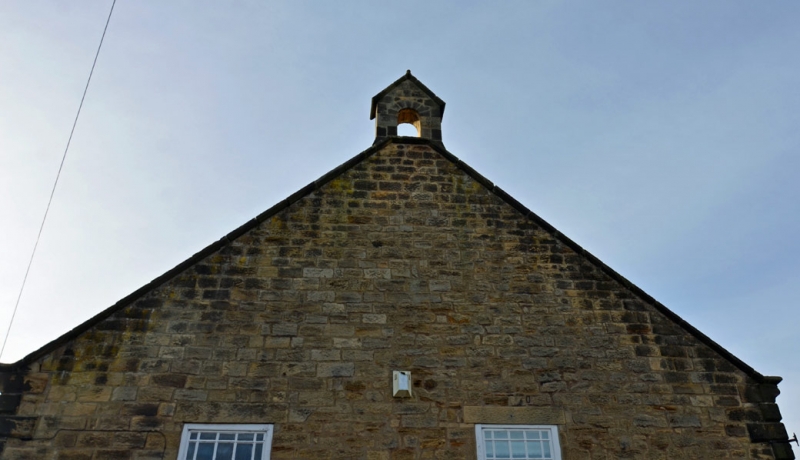 Older part has rusticated quoins and 2 large round-headed windows with moulded
imposts and architraves. To left a single-storey lean-to brick addition re-
using original quoins and architrave; above this a C20 window in original
architrave. Gabled roof with kneelers. C19 bellcote on right gable.

Built for the Rev. John Horsley, author of Britannia Romana.

Empty and in poor repair at time of survey.