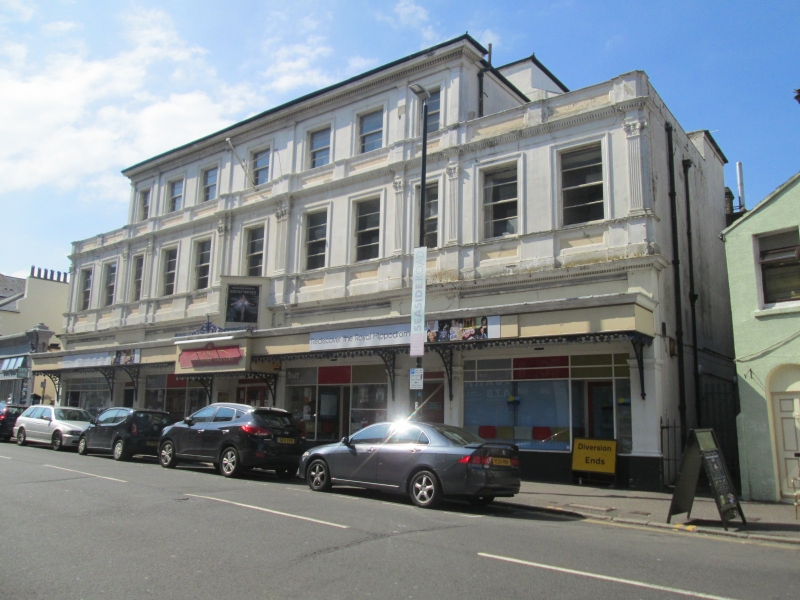 MATERIALS:
Flint with stone dressings. The tower is coursed pebbles. The roofs are slate.

PLAN:
As originally designed, the church had a wide unaisled, nave with a shallow chancel flanked by two small chapels and a W tower. Following additions and rebuildings, the building now comprises a nave, chancel and N and S aisles. There is a tower at the W end of the N aisle. In addition, it has a NE organ chamber, SE chapel, S vestry and N porch in the position of a transept.

EXTERIOR
The E end has three gables for the chancel and chapels, each with a large mid C13 style window with foiled circles in the tracery and hood moulds with heads. The E bay of the nave has a gabled transeptal porch, with a late C13 style window and the projecting porch linked with flying buttresses. The early C20 aisle windows are in a late C14 style, of two lights alternating foiled circles and foiled mouchettes in the heads. The W tower, a copy of Burton¿s tower of 1837-8, is distinctly different from the rest of the church in both materials (coursed pebbles) and detailing. Of four stages, it has a N door and paired lancets in the upper stage. The embattled parapet is topped with tall early Gothic-style pinnacles. There is a long, lean-to narthex against the W end of the church. A gabled vestry, linked to the former church hall, is set back from the E end on the S side and has two dormer windows.

INTERIOR
The N and S aisles of 1854-5 have alternating round and octagonal piers with moulded capitals in a late C13 style. The nave clerestory has quatrefoils in depressed headed rere-arches. The 1850s nave roof has tie beams and queen post trusses with tracery infill in the spandrels. The 1909-10 N aisle roof also has queen posts, and the 1850s S aisle roof is lean-to as the aisle is narrower. There is a triple arch across the E end of the nave, an arrangement that echoes Burton¿s original chancel arch flanked by arches into small side chapels. There are further arches into the chancel chapels from the aisles, and the chapels have two-bay arcades to the chancel. The chancel arches and chancel arcades are in a mid C13 style with foliage capitals, and those from the aisles have dying mouldings.

PRINCIPAL FIXTURES
Pulpit of 1872 with naturalistic foliage and trefoil arches, remodelled in 1884 with a shafted marble stem. Font of 1884, with a polygonal bowl on marble shafts in a Gothic Revival style. Plan C19 nave benches, and choir stalls of the 1890s with open fronts and shouldered ends. There is C19 timber panelling with trefoiled arches and a brattished cornice behind the altar, and the reredos has a similar brattished cornice and quatrefoils with monograms. The SE chapel is enclosed with delicate metal screens. Some late C19 and early C20 glass. Monuments include wall tablets and C19 brass plaques.

HISTORY
The core of the church is an unaisled chapel of 1837-38 by Decimus Burton in a lancet style with an unaisled nave, small chancel and W tower, but little of Burton¿s church now remains as built. N and S aisles were added in 1854-55 by Benjamin Ferrey. The chancel was enlarged in 1861. A vestry was added in 1884. The whole church was greatly enlarged and rebuilt in 1909-10 to designs by A R G Fenning at a cost of £7,700. It was extended W by two bays, a W narthex added, the N aisle was rebuilt 8¿ wider, and both aisles were given new windows. A new porch was also built, and Burton¿s W tower, displaced by the extension of the nave, was rebuilt in replica at the end of the N aisle. A church hall was added in 1927, but is no longer used as such.

Built as a chapel of ease to St Mary¿s in 1837-8, Holy Trinity became independent in 1847. The original chapel was designed by the very well-known architect Decimus Burton (1800-81). Burton worked widely in London and elsewhere. In Sussex, he was also responsible for the layout of new development of St Leonard¿s on Sea (1827-37) and St Mary¿s church, Goring, among other buildings. Burton¿s tower at Holy Trinity was rebuilt when the nave was extended, demonstrating local regard for his work.

Holy Trinity was built before the main development of Eastbourne as a resort following the arrival of the railway in 1849 and the planning of the resort by Henry Currey (a former apprentice of Burton¿s) for the Duke of Devonshire from 1859. Consequently the church was greatly enlarged to meet the demands of the growing population, first with aisles in 1854-55 and then a larger chancel in 1861. The architect Benjamin Ferrey (1810-1880), was a well known Gothic Revival architect who designed many churches as well as much of Bournemouth. The enlarged church also proved too small as the town continued to grow, and was extended again in 1909-10. The architect, Arthur Fenning (1855-1937) was less well known than Burton or Ferrey, but his work gives the exterior a harmonious unity that belies its piecemeal construction, and his reconstruction of Burton¿s tower appears to be quite faithful.

REASONS FOR DESIGNATION
The church of Holy Trinity, Eastbourne, East Sussex is designated at Grade II for the following principal reasons:
¿ Harmonious and successful exterior largely by A R G Fenning of 1909-10, but incorporating earlier phases.
¿ Developed from a chapel of 1837-38 by Decimus Burton.
¿ Nave arcades, clerestory, nave and S aisle roof by Benjamin Ferrey.
¿ Historically interesting, apparently accurate, reconstruction of Decimus Burton¿s tower of 1837-38 when the church was enlarged in 1909-10.