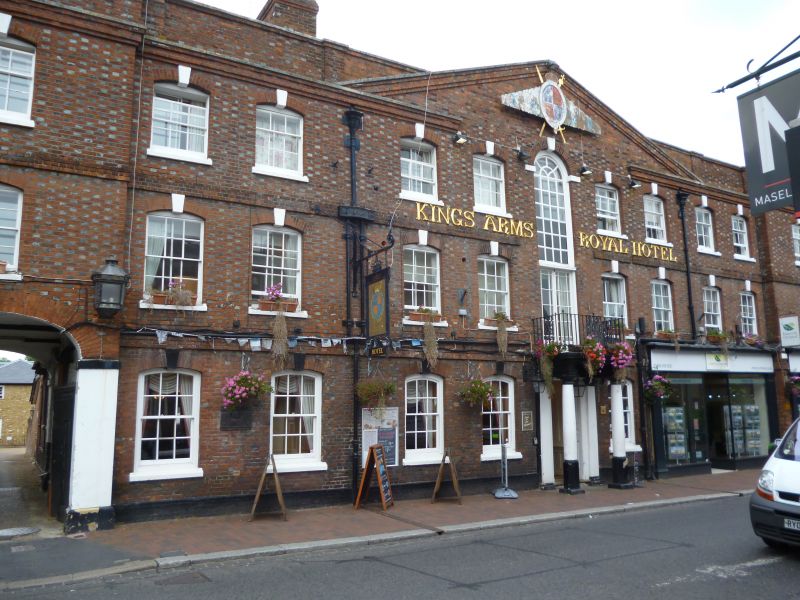 Central entrance has recessed eight-panel door with panelled reveal in Tuscan porch with columns and rear pilasters and entablature with modillion cornice which supports wrought-iron balcony with scrolled central panels in front of French window above which rises tall round-arched window with glazing bars, keystone and imposts.

Interior: ground floor has C19 panelling, architraves, fireplaces and stair on first floor C17 panelling to partition between rooms and rear corridor, also in left-hand room which has Tudor-arched stone fireplace with initials 'K', 'A' in spandrels; the steps up to this room have an C18-style columnar newel and the doors in to the front rooms are of C18-style, so it is probable that the C17 panelling was reused in an C18 refurbishment; front rooms have cornices; at right end on first floor are two large-panelled timber-framed cross-walls.

Second floor: large-panelled partition wall between rooms and rear corridor which has keyed arch, keyed architrave to stair door and panelled jambs to former window in rear wall; the rooms have plain panelling and cornices.