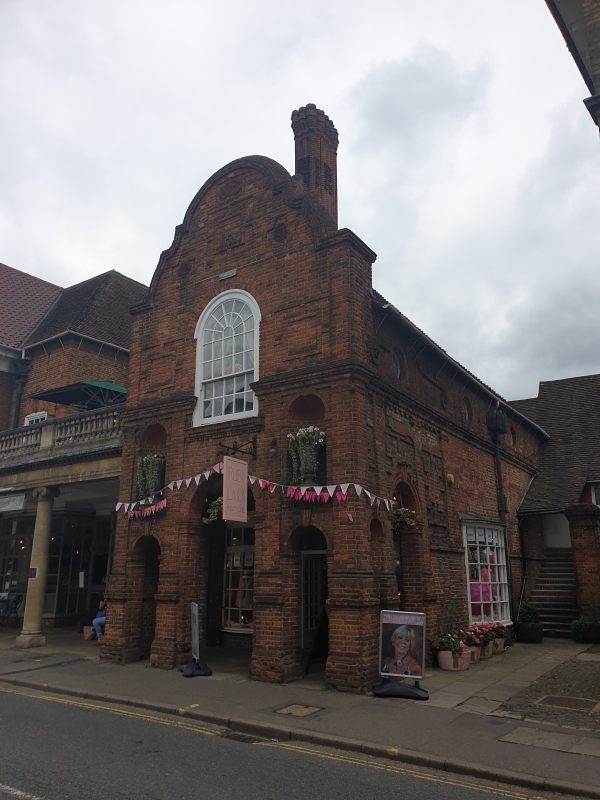 2.
1674. Rebuilt 1930-34, as part of block of buildings comprising National
Westminster Bank, facing Castle Street and group of shops, with offices over,
facing The Borough with a block at the east end forming the Bailiffs' Hall.
The east wall of this block is 2 storey of brick, patterned in raised brick
panelling to one bay, and with a moulded brick cornice and tail attic parapet,
containing 3 circular windows. The Street front is a modern structure with
elaborately curved dutch gable end panelled in brickwork at sides and head
repeating the older work of the east wall with a large arched window on lst
floor. The cornice of the east wall is carried round to the front, and stopped
each side of the central window, which stands above a brick arch flanked by
2 smaller arches with brick niches over. Brick Ionic pilasters frame the arches
and niches. The general effect is rich and picturesque. One of the former
chimneys of the old bank building by Norman Shaw, which is of elaborately panelled and cut brickwork stands above and to one side of the Bailiffs' Hall. Luxuriant Cl7 style panelling in soffit of arcade. Fanlight in shop front by Brown of Hammersmith (1930s). The Arcade shops etc are illustrated in Country Life, July 3rd 1942, plate 6.