A Grade I Listed Building in Bywell, Northumberland 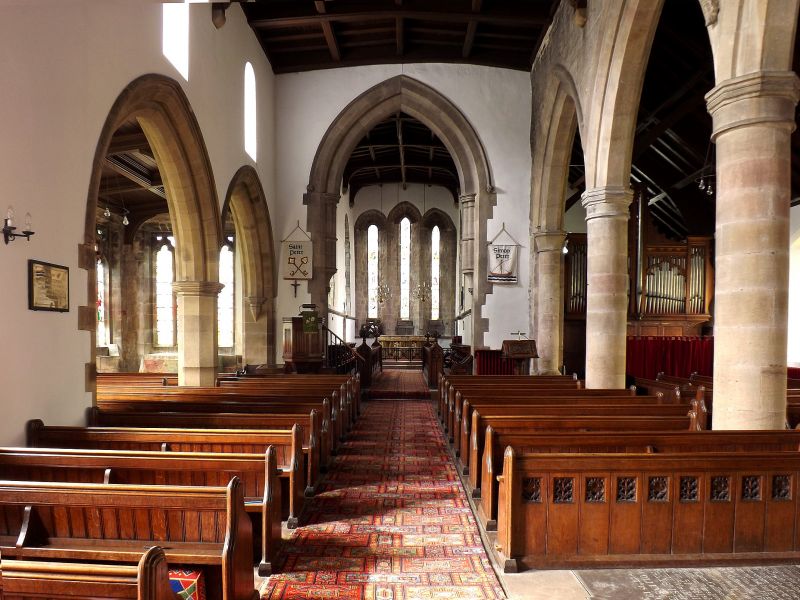 Plain medieval font has circular bowl on moulded stem. C15 incised effigy of
knight under trapdoor in north chapel. 3 elaborate Baroque candelabra in
chancel. Late C19 glass in north chapel; series of saints, all to members of
Wailes family and perhaps by Wailes the glassmaker of Saltwell Park. Similar
glass in chancel.

Pre-Conquest church was of unusual size; partially-exposed footings suggest
attendant porticus and other structures. The incomplete arches to the north may
have been intended to link the church with monastic buildings. Bishop Egbert
of Lindisfarne was consecrated at Bywell, probably in this church, on 11 June
802.