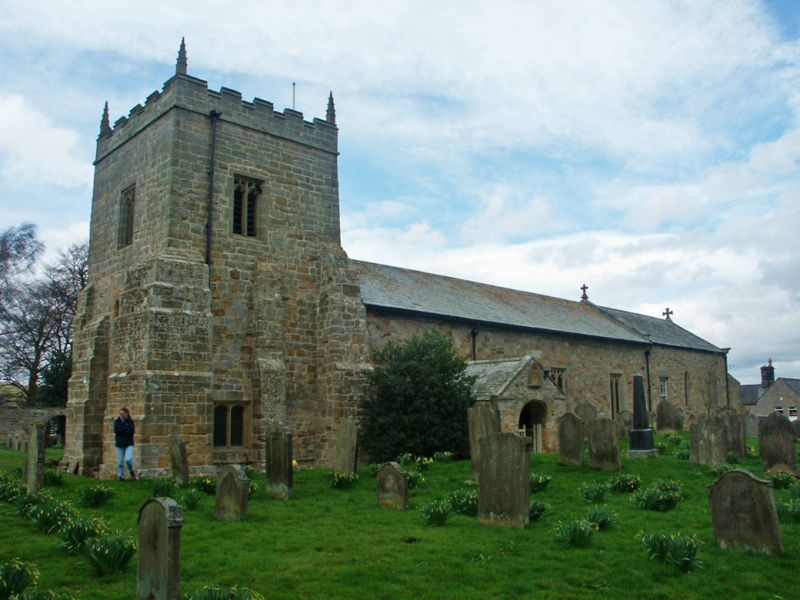 Similar windows in 3-bay C13 nave. South porch, possibly C16, has plain chamfered
round arch and sundial above dated 1764. South door is C13 and has 2 orders of
columns, with nailhead in the capitals, and multi-moulded arch. Nave north wall
has one original and one Victorian lancet.

Interior has blocked tower arch with 1 order of columns, scalloped capitals and
pronounced chevron mouldings in the pointed arch. This may have been chancel
arch of earlier church and has C12 and C13 fragments built into wall which blocks
it. C13 chancel arch with octagonal responds. Trefoiled sedilia with slender
C13 shafts. C17 octagonal font using upturned C14 capital as base. Mahogany
pulpit with tester, 1797. Tablet of 1743 with aedicule and coat of arms to Gawen
and Mary Aynsley on chancel north wall. Several good tablets set in chancel floor.
Medieval grave cover with foliated cross used as lintel of north lancet.