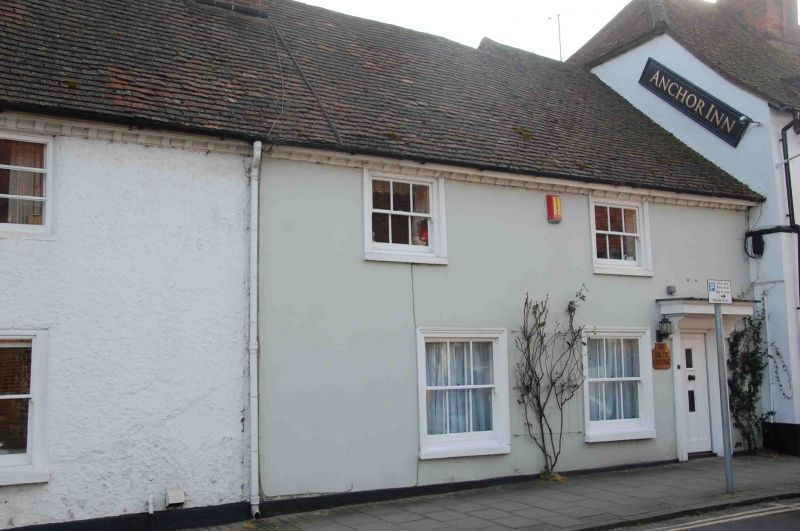 PLAN: Front wing is of two storeys with entrance hall and living room on ground floor and two bedrooms above. Left-hand bay originally formed half of a mid-C15 hall house with later inserted ceiling and central stack, of which the remaining portion is now part of Baltic House (q.v.) Right-hand bay originally a mid-C16 cross-wing. Dining room, kitchen and third bedroom in C19 extension to rear.

HISTORY: The eastern half of what is now Baltic Cottage originally formed part of an open-hall house dating from 1438. A hundred years later, in 1537-8, a cross-wing was added to the western end of this building, and perhaps at the same time a first floor and a central stack were inserted to create a two-storey lobby-entry house. A large new entrance wing containing a suite of reception rooms was added to the east in around 1800; the older building was externally remodelled, and the angle between the two began gradually to be infilled. Between 1944 and 1966 the house was used as the ticket office for the Henley regatta. In 1976 the house was divided into two properties, with the Georgian riverfront block and half of the medieval hall becoming Baltic House, and the other half of the hall plus the cross-wing and part of the rear extension becoming Baltic Cottage.

REASONS FOR DESIGNATION:
Baltic Cottage is designated at Grade II for the following principal reason:
* Architectural: incorporates part of a mid-C15 hall house with a mid-C16 cross-wing, both retaining much of their original timber framing.