The Old Furnace at Coalbrookdale Ironworks

A Grade I Listed Building in Telford, Telford and Wrekin 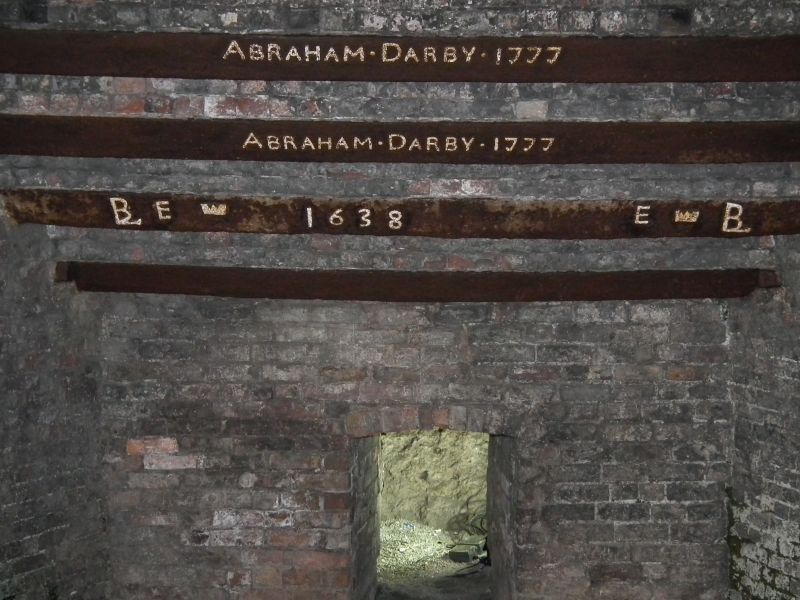 2.
Retained at ground level a small area of foundation walls which are part of the
first furnace of 1638 in which, in 1709 the first iron ever to be made with coke
was smelted. The early furnace continued in use, repaired and improved, until
1777 when Abraham Darby III rebuilt it to a new design in preparation for casting
the Iron Bridge. It consists of a massive square tower-like brick outer casing
containing the furnace itself which, in shape, is a double cone of circular section
in dark fire brick surrounded by several courses of hard red brick. The space
between circle and square is packed with fire resistant material. At ground level
there are recesses on 2 sides of the furnace tower. One, facing south is the
recess and the other, facing east is the forehearth recess. Both recesses are
spanned by cast-iron beams, 2 of which have initial letters and the date 1638 cast
on them while the 2 upper beams of the 4 supporting the forehearth recess are boldly
inscribed - 'ABRAHAM DARBY 1777'. To the right of the forehearth is a large archway
with flue and damper which was a mould and core-drying stone.