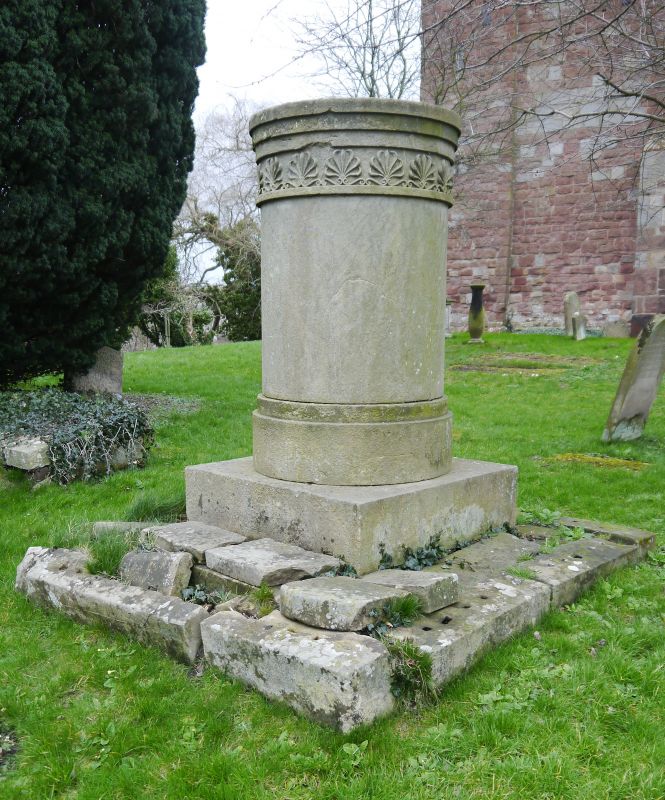 Pedestal tomb. Dated 1814. Sandstone ashlar. Neo-Classical style;
circular plan on stepped square base. Drum has plinth, anthemion frieze
and outwardly-stepped cap. Inscribed: "sacred to the Memory/ of MARY MARIA
the Wife/of FRANCIS WALFORD Esq/who died March 4th 1814 aged 28 years/
Also in the memory of/FRANCIS WALFORD Esq/Many years resident at Cronkhill
in this Parish/who died at Shelton/on the 27 day of August 1856 aged 77/
His end was peace". Francis Walford was the second Lord Berwick's agent
at Attingham (q.v.) and was the first tenant of Cronkhill (q.v.) from
1806.