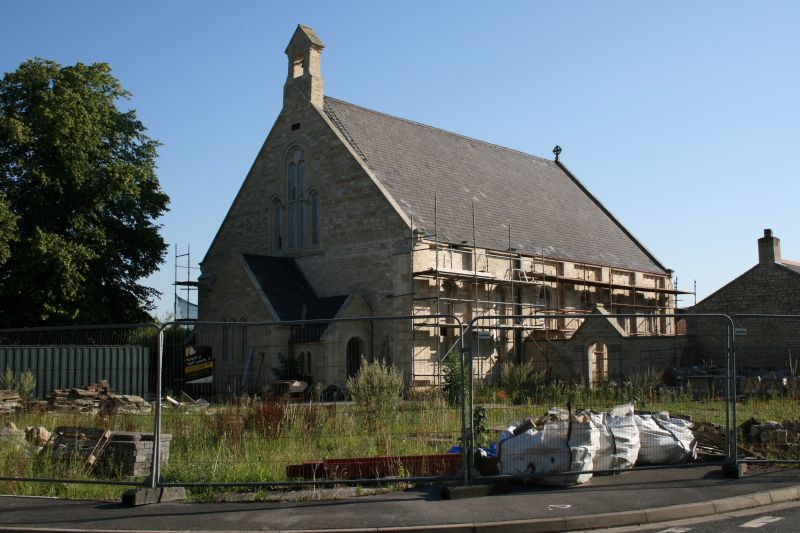 Chapel. 1869 by Robert Young with Dr Palmer. In the Neo-Normal style. Coursed limestone rubble with ashlar dressings and slate roof with coped gables. Chamfered plinth with flush ashlar quoins. Single storey. West front, has attached gabled porch with 3 round headed lancets under a single round head with hood mould, gabled side
porches to left and right. Above a triple lancet with a taller central window with tracery and columns between and raised hood moulds. Above a gabled pointed arched bell core. Side wall has 6 round headed lancets with raised cill band and continuous hood moulds, between 7 pilaster buttresses. Internal fittings removed. Built as part of St John's Hospital.