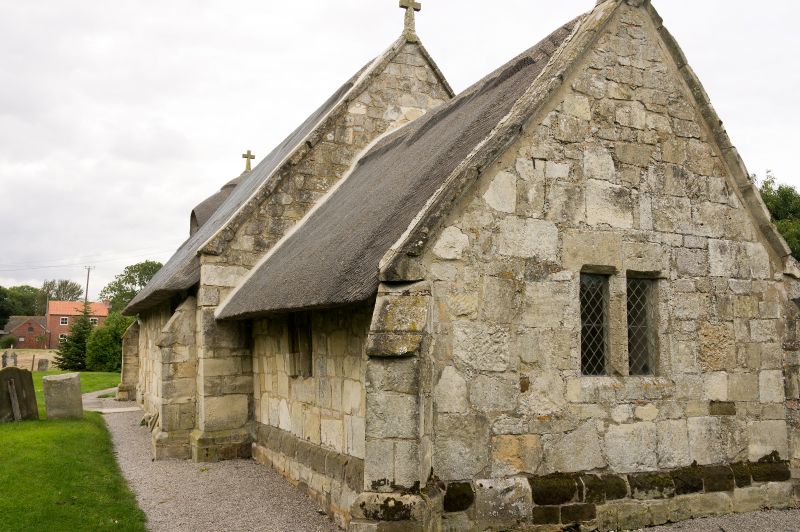 Parish Church. Mid C16 with reused stonework from the medieval
Augustinian Priory on the site, restored 1962. Roughly coursed
reused ashlar and brick, thatched with moulded coped gables.
Nave and chancel. Rectangular chamfered west window. In the
north wall a blocked round headed doorway and a 3 light window
with chamfered mullions. The east and south windows are similar
but of 2 lights. The south nave window matches that in the
north wall. The triangular headed south doorway has a splayed
surround and reused moulded head. Interior. Interior has a
plastered chancel arch with above the reset voussoirs of an early
C13 dogtooth archway presumably from the site of the nearby
Augustinian Priory. Early C18 tall turned baluster altar rails.
Panelled pulpit with balusters to steps, all repositioned, and
box pews. C14 plain octagonal font with moulded base.