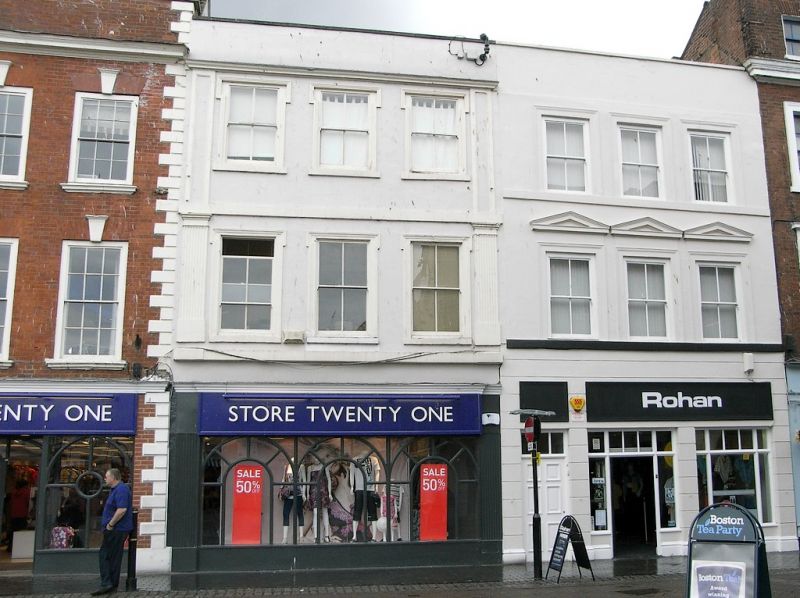 Probably house and shop, now shop. Facade c1820, probably with
earlier origins and with later additions and alterations
including c1970s ground-floor shop front. Stucco over brick with
concealed roof. Stucco details include first- and second-floor
bands with outer pilasters, those at first floor are Roman Doric,
those to second floor have recessed panels. First floor has 1/1
horned sashes; second floor has 2/2 horned sashes; all in plain
reveals and with tooled, eared architraves and with sills. Low
coped parapet. Ground floor has renewed glazed shop front.
INTERIOR: ground floor renewed, otherwise not inspected.
HISTORICAL NOTE: 'By the sixteenth century, Broad Street was
second only to High Street in commercial importance. On the
direct route through the city from the (Worcester) Bridge (qv),
it contained the business premises of a number of important
traders and at least two inns'. Several houses on Broad Street
are known to have C17 and earlier origins (Nos 32,40, 41 and 57
(qqv)). Ground floor forms one continuous unit with No.54 (qv).