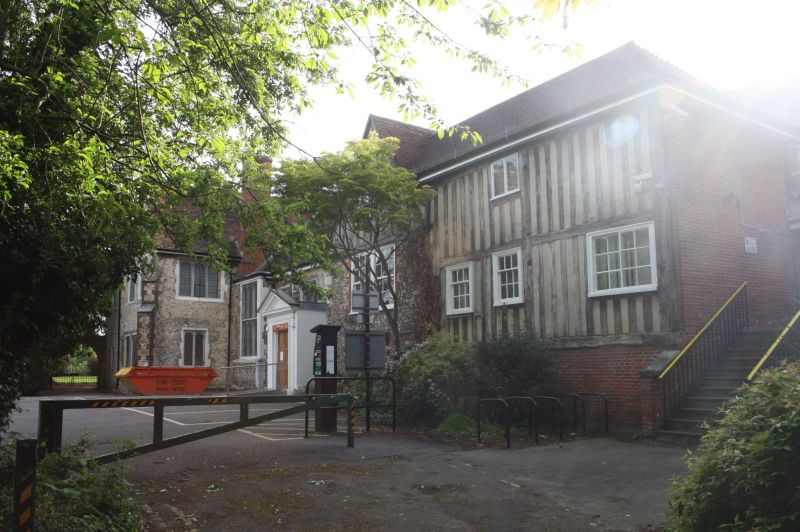 II*
Originally Orpington Rectory. Irregular-shaped building of which the main or west front is L-shaped. C15 enlarged in C17.

Two storeys, eleven windows. Mainly faced with flints but the south end has exposed timber-framing and close studding with some brickwork behind. Tiled roof. The west wing has two gables. Projecting from the south slope of the south gable is a large timbered dormer with attic window. In the centre of the west front of the south wing is a timbered gable containing an attic window. To the left of this is an C18 porch with a doorway in moulded architrave surround between fluted Ionic half-columns and with a pediment over the whole. Mostly casement windows of two or three obtusely pointed lights, but the south wing has some sash windows. Brick and flint buttress at the south west angle of west wing. Small bay in the angle of the L. Another buttress between this and the porch. Photograph in the National Monument Record, nine interior carved beams. To the east of the house is an old red brick garden wall.