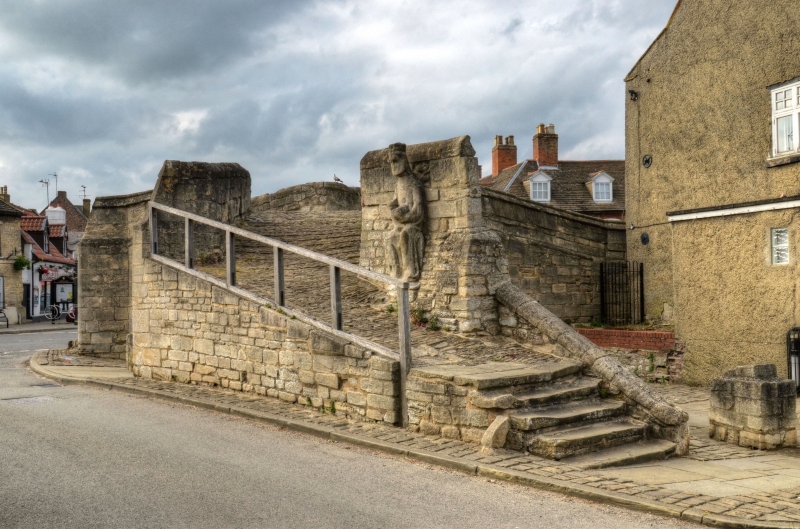 Footbridge. c.1375. Limestone ashlar and rubble. Triangular
plan. 3 richly moulded pointed archways joined to each other at
an angle of 120 degrees. Beneath the bridge 3 broad semi-
circular arches are decorated with slender liernes. Upper
walkways with high moulded coped parapets. Steep flight of13
steps on west side. East side with a flight of 5 steps leading
to a rubble slope. South side with a flight of 4 steps leading
to another rubble slope with a wooden railing on the west side of
this flight; possibly reflecting a partial re-modelling. 6 foot
high seated figure of Christ holding an orb erected against the
west side of the east wall of this flight. The statue dates from
c.1260 and probably originated on the apex of the west front of
Crowland Abbey, the gable of which was taken down in 1720.
Originally functioned as a route over the junction of the rivers
Nene and Welland. A wooden triangular bridge was known to have
existed on this site in 943. Source: Larken, p.26. Scheduled
as Ancient Monument No. 7.