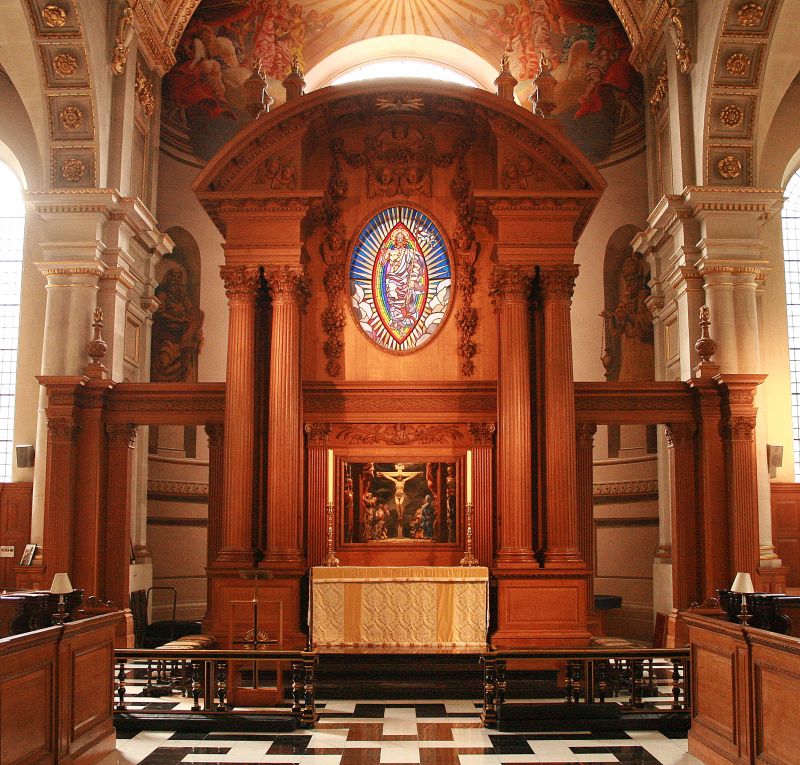 2.
1670-84, by Wren. Aisled nave with clerestory, shallow chancel and west tower
flanked by lobbies. Interior burnt in World War II and reconstructed in near facsimile.
Exterior faced with Portland stone. Tall, round-arched windows with elaborated
3 light window at east end. Pair of pedimented doorways on north side with circular
windows above. Entablature and parapet to roof. Elliptical windows to clerestory.
Large tower and stone steeple of great distinction. Reconstructed interior has
coupled Doric columns supporting arcade and plaster vault. Gallery omitted and
design of east end altered. Domed lobby under tower. One of Wren's finest interiors,
now obscured by modern joinery. No old fittings survive. 2 stone figures of charity
children from former school stand at west end. Single storeyed vestries etc attached
to south side by church. Footings of earlier churches and other buildings going
back to Roman times have been uncovered in crypt.