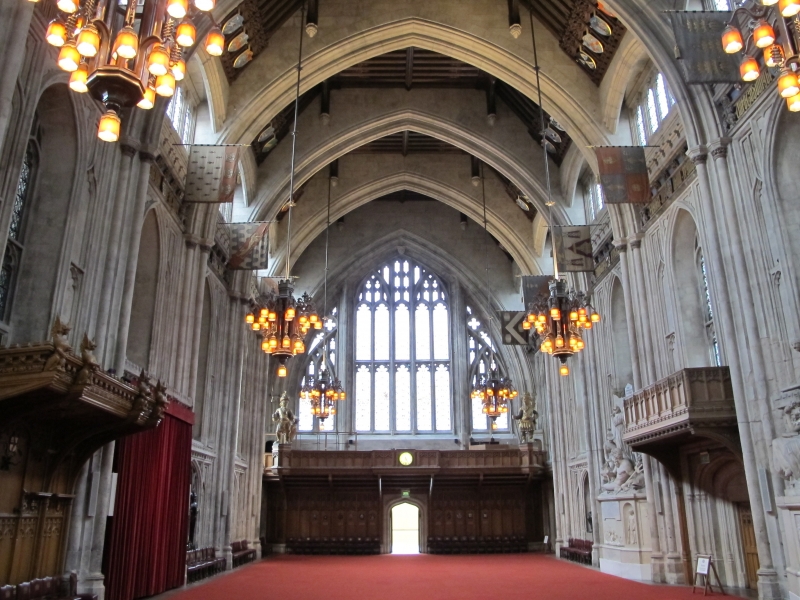 2.
Early C15, much restored. Interior burnt in World War II and roof rebuilt to new
design by Sir Giles Gilbert Scott. The building is of squared rubble with ashlar
dressings and inner facing. The eastern half of the undercroft is original with
clustered columns and ribbed vault. The western half was rebuilt in brick in the
late C17. The hall now has an open timber roof with transverse stone arches.
It is covered with stone slates and has a central louvre, Against the stone panelled
walls of the interior are ranged a series of memorials dating from 1772 to 1955.
The original, vaulted south porch is of 2 bays and is incorporated in a building
of 3 and 4 storeys added by the younger Dance in 1788-9. This has a south elevation
of Portland stone in a semi-gothic style, with painted arches to the windows and
square turrets dividing it into 3 bays. The turrets are crowned by finials and
there is a carved coat of arms in the centre. Guildhall is extended to the east
by C19 additions including the library (qv). Large modern extension to west.