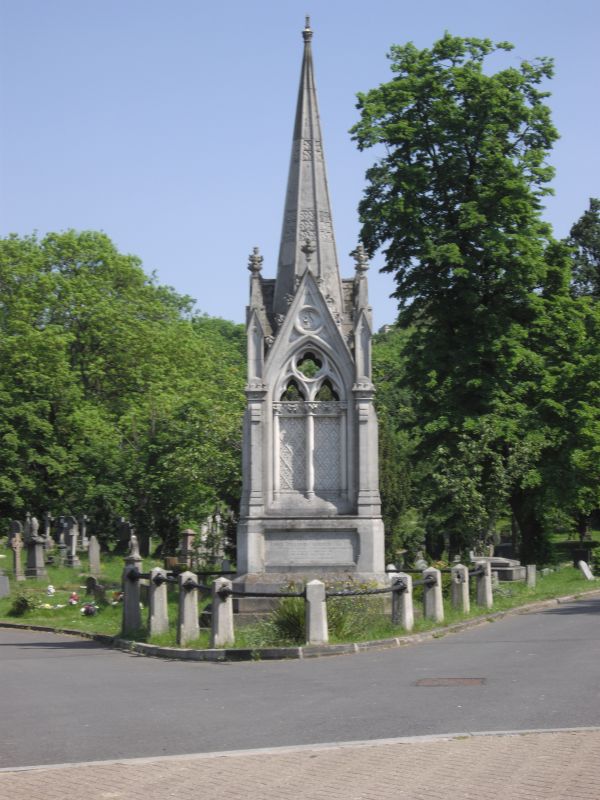 Tall monument resembling a Decorated Gothic belfry. c1836 by
Sir William Tite. Portland stone. Square, stepped base with
inscribed panels supports a square, buttressed tower with
2-light traceried openings, partly filled with panels of
diaper pattern carved stone, under crocketed gables flanked at
angles by tall finials; tall octagonal banded spire. Enclosure
of grey granite pierced bollards with thick cast iron cable
passed through. Gilbard was the founder of Joint Stock Banking
and wrote a classic book on banking; a carved squirrel on a
gable refers to his interests. Tite was architect to the
London Westminster Bank where Gilbart was manager for many
years.