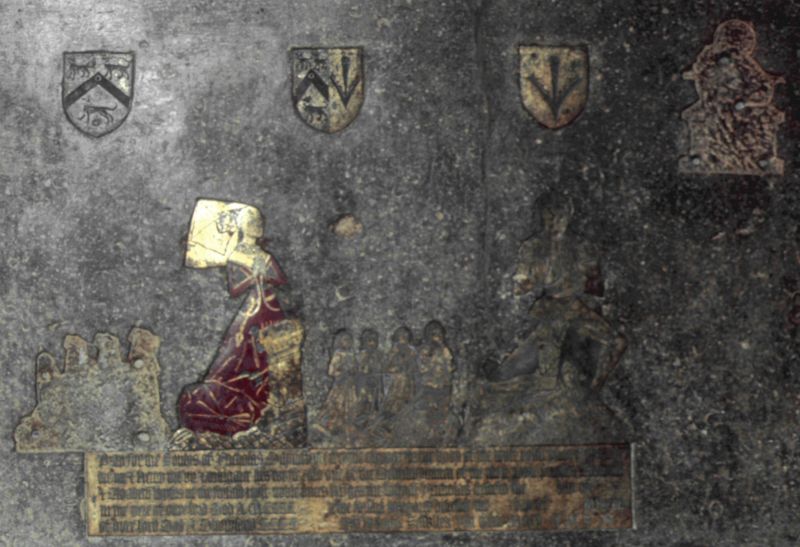 HIGH STREET (south side)
Church of All Saints

Two storey vestries, the entrance flanked by panel traceried window under single storey tiled roof, set against tall polygonal stair turret in ashlar, rising above the parapet. Single foiled light to each stage, terminating in octagonal lantern, a light to each face, under copper roof with tall finial. To west, tall mullion and transomed panel traceried window running the full height of the building. Above the entrance, a tall light with attenuated panel tracery under pronounced hood mould. Pair of similar windows to east end, above single storey vestry room. Rainwater heads dated 1892.