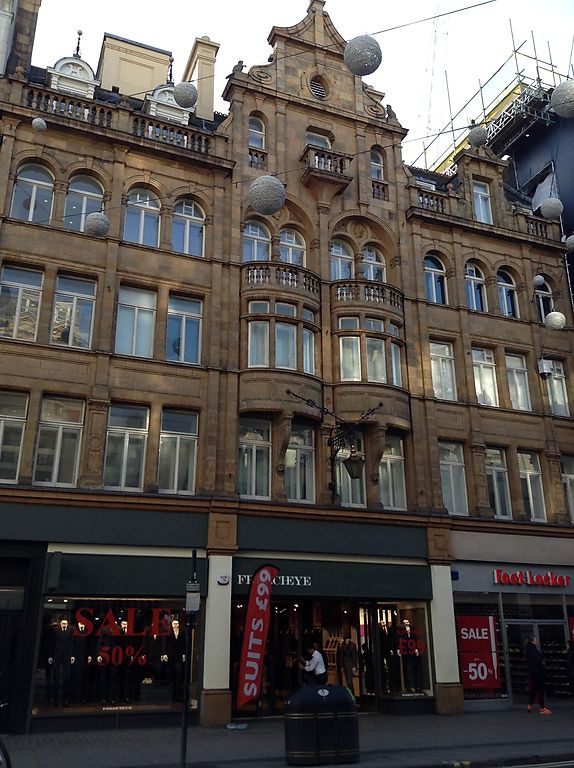 Slight asymmetry with four window wide wings flanking a two window wide centrepiece. Mid C20 shop front across ground floor, its fascia concealing a bas relief frieze representing the hat-making process, modelled by Benjamin Creswick (a Ruskin protege). Upper floors have mullioned-transomed casement windows in tiers, those in left wing grouped in two equal bays by plaster strips, those in right wing similarly articulated but as three bays with two window centre. The centrepiece has sharply bowed second floor oriels and those above are paired in arches, their lunettes decorated with portrait medallions of George IV and Queen Victoria; above the three narrow arched fourth floor windows of centrepiece rises a scroll sided gable crowned by an incurved pediment. The top tier windows of wings have arched heads and there is a dormered gable over the right hand wing. The gables have decorated finials in the form of beavers modelled by Creswick.