Chapel (Only) to the Hospital of St John and St Elizabeth 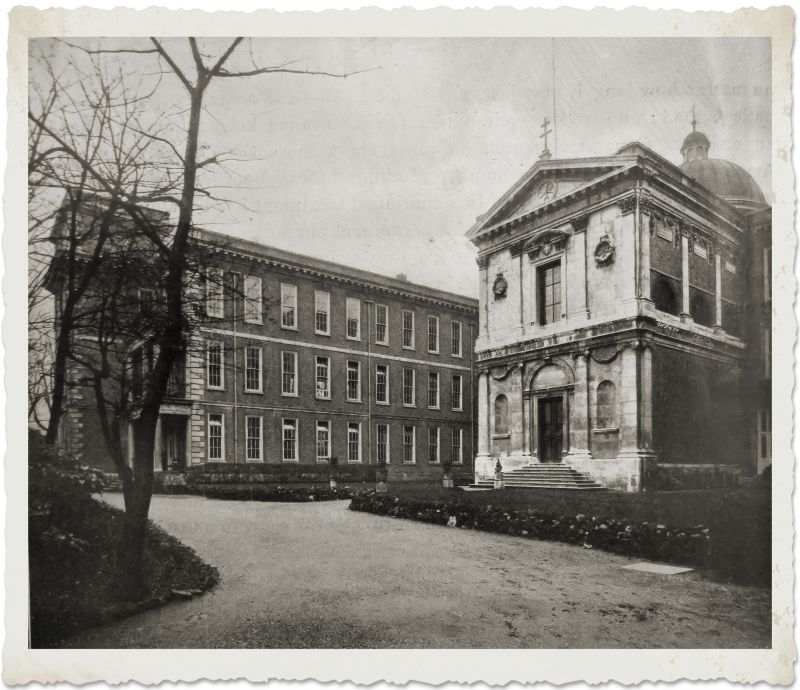 Entry Name: Chapel (Only) to the Hospital of St John and St Elizabeth

Flanking niches beneath swags between pilasters; above, shallow relief cross of Order of Malta. Frieze inscribed:

Shallow pediment bearing cross of Order of Malta, surmounted by double cross of the Holy Sepulchre set back from gable, stone dressed parapet, lead roofs. To rear, drum carrying lead clad dome; above, small cupola with roundheaded glazed openings, surmounted by ball and cross of Order of Malta. Three bay side elevations, at ground floor partly covered by single storey brick extensions of 1999. Stock brick, stone dressings, the upper storey articulated in three bays by Composite stone pilasters between alternating fabric and foliate double swags and garlands flanking inscribed stone plaques, this articulation all of 1898. To each upper storey bay a lunette (of 1862-3) under red brick arch, rising from moulded cornice and beneath slender stone band. Parapet in stock brick, stone pilasters to each bay.