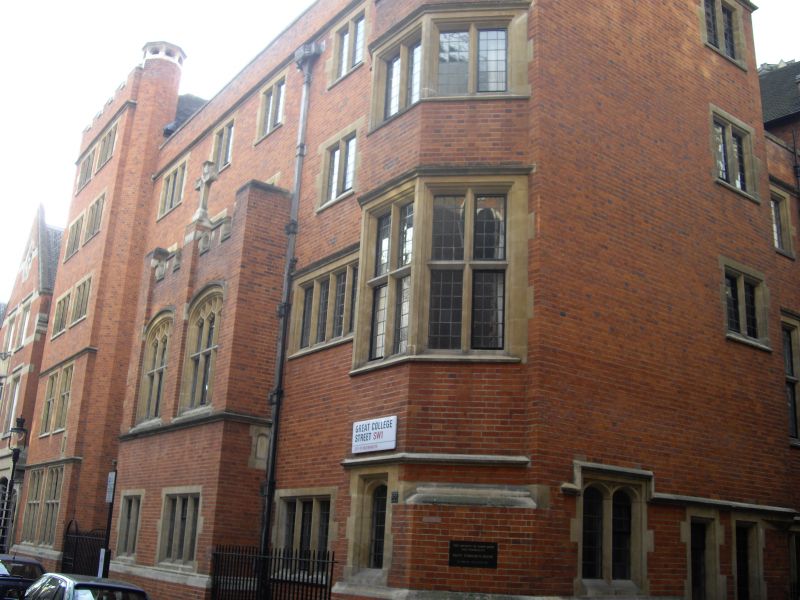 Tufton Street front has three-centred arched portal with moulded jambs and drip mould above which is set a triple group of lancets, the central one as niche with statue. The three-window range to right is four storeys high with deep stone plinth and the upper floor window bays recessed between plain "buttress"-piers stone capped and finishing short of the sheer attic. Y-traceried, three-centred arched chapel windows to first floor and only one small window at third floor level, the wall face finished off sheer. Simple six-bay chapel reached via narthex and three vaulted bays at right-angles, with lady chapel over also of three bays with simple rib vault; all in Early English style.