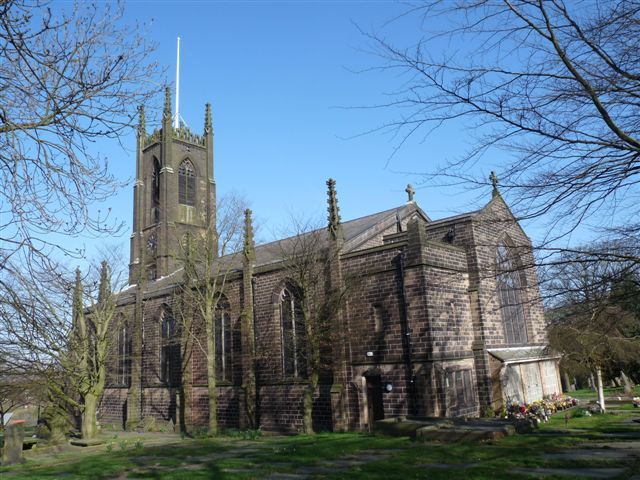 INTERIOR: nave has chamfered diagonal piers supporting 3
galleries and plaster rib vaults. Monument to Joseph
Ridgway died 1842, by R. Westmacott, free standing monument
with robed woman kneeling at prie dieu. Other memorials and
hatchments. South aisle stained glass window of 1874.
Chancel east window of 1927 but earlier decorative glass and
Ridgway arms in tracery head. Reredos with cresting and
canopy, 1923. At west end of nave an original box pew. In
gallery is board recording payments to church officials in
1854 and pumping handle to organ. The church was financed
largely by the Ridgway family.