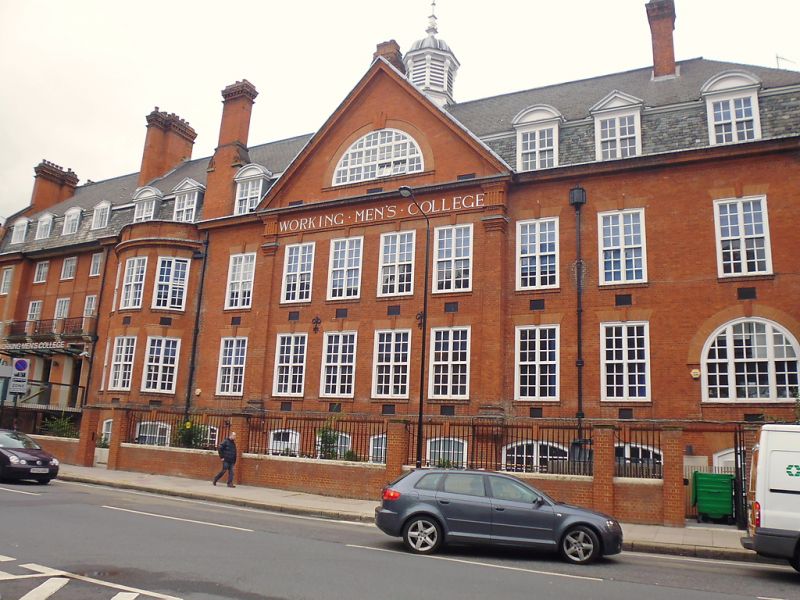 HISTORICAL NOTE: the Working Men's College was founded 1854 in Great Ormond Street by Rev. F D Maurice, John Ruskin and others to offer non-vocational studies in humanities, history, theology and natural sciences within a collegiate community. Social facilities and gymnasium were key features of its accommodation as much as classrooms, laboratory and library. Art, taught by Ruskin, Rossetti and others was important in the early years and has remained a strong tradition.