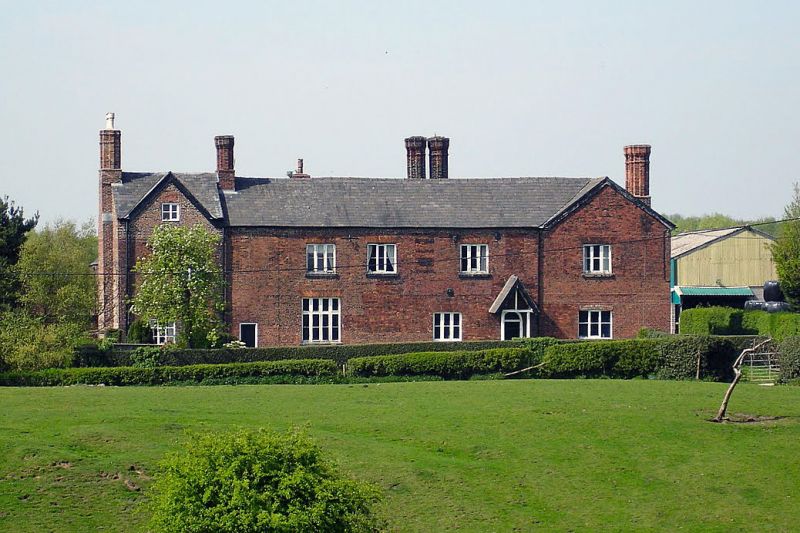 IRLAM WOOLDEN ROAD
SJ 69 SE
(north side)
5/16 Great Woolden
8/7/66 Hall
- II
House, now split into 3 houses. C17 with later additions and
alterations. Brick with slate roof. Total of 5 bays and 2
storeys (plus attics). Bays 1 and 5 are gabled, the former
being higher. 6-panel door with fanlight and C19 porch in
bay 4 and also a door between bays 1 and 2. All the window
openings would appear to date from the C19. 2 ground floor
and 5 first floor windows have flat brick arches, 3-light
casements and stone sills. The window in bay 2 which has 4-
lights and a transom. Other windows have flat brick heads or
later segmental arches and there is evidence of several
blocked windows. Ornate shaped chimney stacks to either end,
ridge and paired at rear. The right return has 2 blocked 4-
light double-chamfered brick mullioned windows. Various 2
and 3-light casement windows to rear, some below elliptical
brick arches. Various gabled wings to rear.