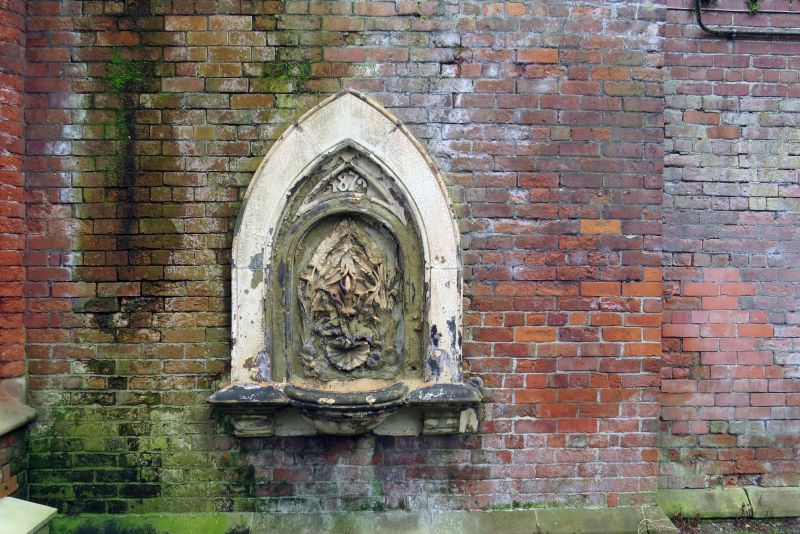 HISTORY: The Cheshire Lines group was formed in 1862 by a joint committee of the Great Northern Railway and the Manchester, Sheffield and Lincolnshire Railway (MS&LR) to regulate traffic on four proposed lines in Cheshire, and was led by Sir Edward Watkin of the MS&LR. The committee was granted powers to build a line from Manchester to Liverpool, which opened in 1873 and passed through Warrington and Glazebrook with a temporary station in Manchester. In 1865 the Midland Railway (MR) became a joint partner with the Cheshire Lines group and the Cheshire Lines Committee (CLC) was formed (also known as the Cheshire Lines Railway). The CLC originally had its headquarters at Liverpool Central Station (now demolished) and later at Manchester Central Station (now a conference centre).

REASONS FOR DESIGNATION: Glazebrook Station is designated at Grade II for the following principal reasons:

* It is a good example of a mid-Victorian C19 rural intermediate railway station
* It has an elegant design with a high level of architectural embellishment that is above the purely functional, particularly for its rural location
* It is well preserved both externally and internally, and although it has incurred some minor alteration and extension, these changes do not detract from the special interest of the building
* It retains numerous original and early interior features to both the main station building and the north platform's enclosed shelter, including moulded cornicing, partly glazed screens, panelled dados, bench seating, and floorboard and tiled floors
* It has group value with the nearby Grade II listed railway stations at Sankey, Widnes, and Hough Green, which are similarly designed and were built by the same railway company, also in 1872.