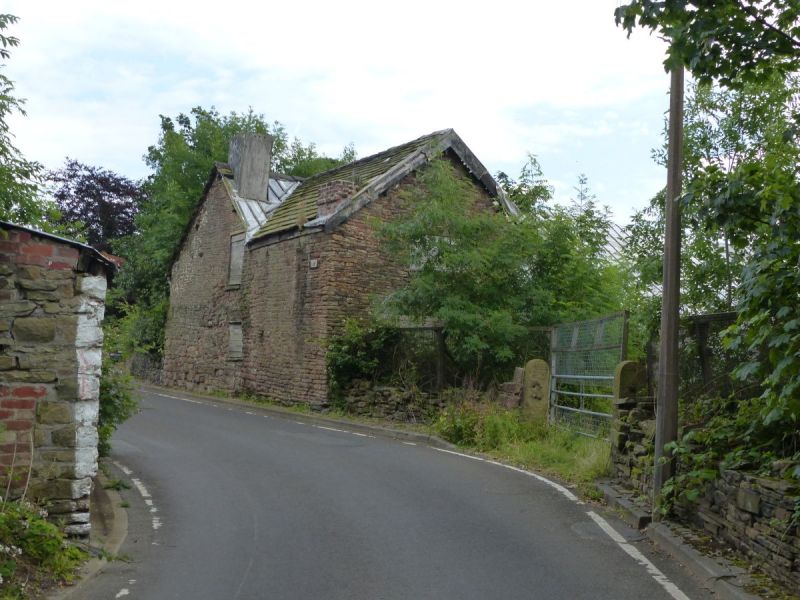 Farmhouse and shippon. C15 but with external walls and
other features of the C17 to C19. Cruck-framed with brick
and squared rubble walls and a graduated stone slate roof.
Originally a 4-bay cruck-framed open-hall house (probably a
long-house) but with a floor inserted in the C17 and other
alterations during conversion to cottages. The elevation
consists of a small gabled wing in bay 1, and a second bay
both of which are in stone. The other 3 bays are in brick
and have 3 doors relating to their use as a shippon. One
ridge chimney. The east elevation, again with 3 bays in
brick and the remainder in stone has 3 dormer windows rising
from the eaves, one of them gabled. The gable onto the road
has one ground floor window and a sash window above. The
internal cruck-frame and roof construction are of particular
note: 4 out of the 5 original cruck trusses survive; they
have (although some have been removed) tie beams, collar
ties and collar yokes and support the original roof
construction. The second frame, now in the shippon, has an
unusual feature on the east blade of a simply carved capital
with rudimentary column beneath. An important example of an
early house-type few of which remain in Greater Manchester.
See report and plans by A. Pacey, December 1968 and R.C.H.M.
photographic survey.