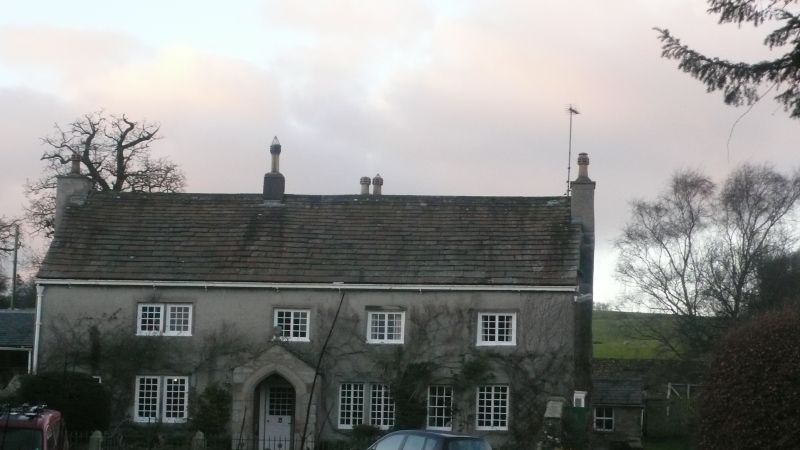 House, formerly rectory, probably C17th, altered mid C18th and C19th.
Pebbledashed rubble with stone slate roof. 2 storeys, 4 bays. Windows have
glazing bars. Those on the 1st floor have stone surrounds with a slight
chamfer and were originally of 2 lights except for the left-hand one which
was of 3 lights and now has a central flat-faced mullion. To the left of
the 1st bay on the ground floor is a window with cement surround. The
window of the 1st bay is similar to those on the 1st floor, but taller and
with a central flat-faced mullion. The 3rd and 4th bays have C19th plain
stone surrounds, with a 3rd similar window between bays. The left-hand one
has a central flat-faced mullion. In the 2nd bay there is a C19th gabled
porch whose chamfered door surround has a latin inscription around a
pointed arch. Chimneys on gables, with projecting stacks, and to left of
porch. Interior has dog-leg stair with closed string, turned balusters,
and moulded handrail. The left-hand room has exposed axial main ceiling
joists. The right-hand rooms were altered in the C19th and have boxed
beams.