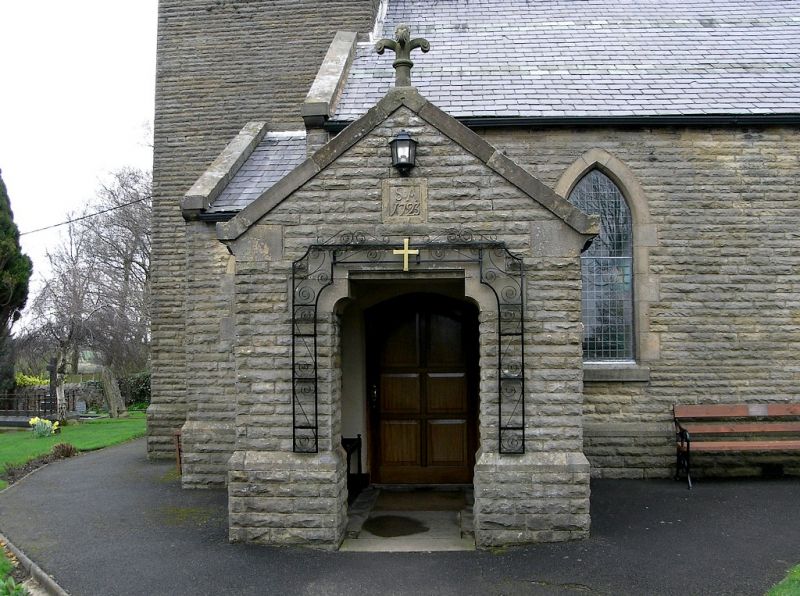 Church, 1884-5, with C18th remains. Coursed sandstone with slate roof.
Comprises a west tower, nave, lower chancel, and south porch. Tower,
originally built 1841 and encased and raised during the rebuilding, of
3 stages with lancet bell openings and an embattled parapet carried on
a corbel table. South nave wall has 4 bays to east of porch, with lancet
windows. The chancel has one bay with paired lancets. The east window is
of 3 stepped lancet lights under a round hood. Above the porch door, which
has a chamfered surround with shouldered lintel, is a plaque inscribed
'S.A.1723'. This refers to original church on this site, parts of which
are said to be retained within the present fabric.

Interior has open timber roof with bolted king posts having curved braces
to the principals, and with curved queen struts. The chancel roof has
scissor-braced rafters. The west gallery has a front of raised panels and
is carried on iron columns with foliated caps.