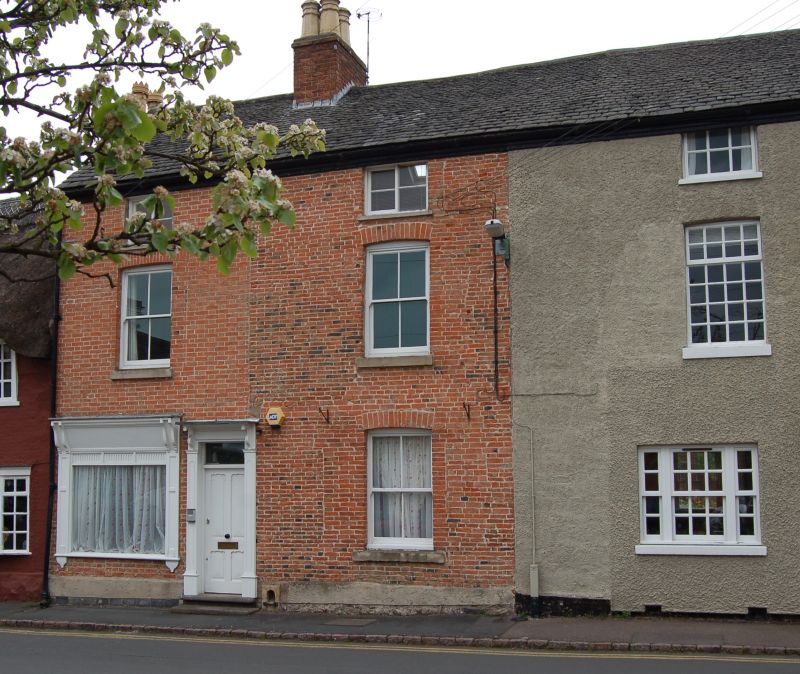 House, largely late C18, though possibly on earlier core. Brick with Swithland slate roof. Two and a half storeyed, two bays with late C19 shop window to left; architrave decorated with recessed panels and paired brackets to fascia board, which is also ornamented with a dentilled frieze. Doorway to right: door with overlight in moulded architrave and consoles supporting a flat canopy. One 4 light sash window to its right, and two above, with cambered heads. Two light casements to attic storey. Various straight joints between Nos. 6 and 8 and in the middle of No. 8 and also around its windows, suggest considerable alteration to an earlier structure, eg the dowstairs right window was another shop window. Boot scraper to right of door. (Photo May 2013).