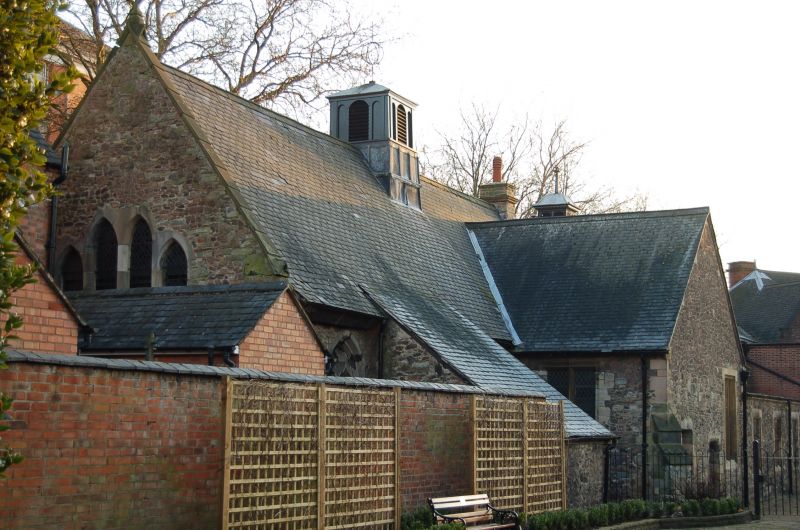 Founded in 1331 by Henry Earl of Lancaster. Rebuilt in 1901 by Goodacre and Sons, and now owned by De Montfort University. Part of the original building remains in the chapel late C14, double-chamfered chancel arch, four lancets in chancel, the entrance hall retains one and a half bays of arcade of depressed two-centred arches on octagonal piers (originally a seventeen bay hall). Monument in alabaster in poor condition, thought likely to be Lady Mary Hervey, governess to Henry V and benefactress of Trinity Hospital. C14 heraldic tiles, 1901 rebuilding consists of:- Stone rubble, slate roofs, front with pointed-arch arcading containing tall stone mullion/ transom windows with leaded panes, two of arches are open with slight projection between with sundial in gable and doorway with paired pilasters and segmental open pediment, four-centred arch door with carved spandrels. Bell-cote on roof. To right the chapel, stone rubble with steep-pitched gable-end slate roof with wood bell-cote. To left at angle following curve of road long brick range of almshouses, stone-mullion windows, gables at ends and two-storey splayed bays.