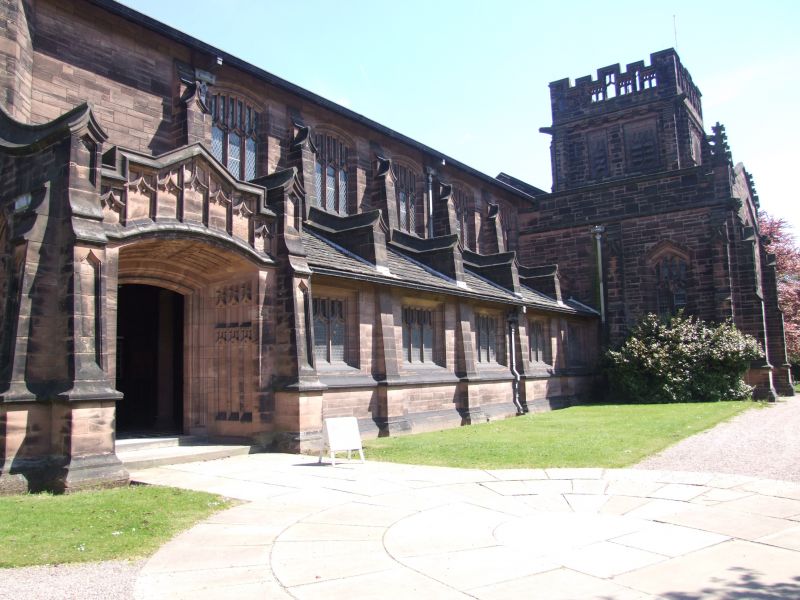 Listed at Grade II* as a impressive church of 1904 by William and Segar Owen within the nationally significant community of Port Sunlight and having interior interest such as the Lever family vault of 1914 and original Henry Willis II organ.