A Grade II Listed Building in Hampton in Arden, Solihull 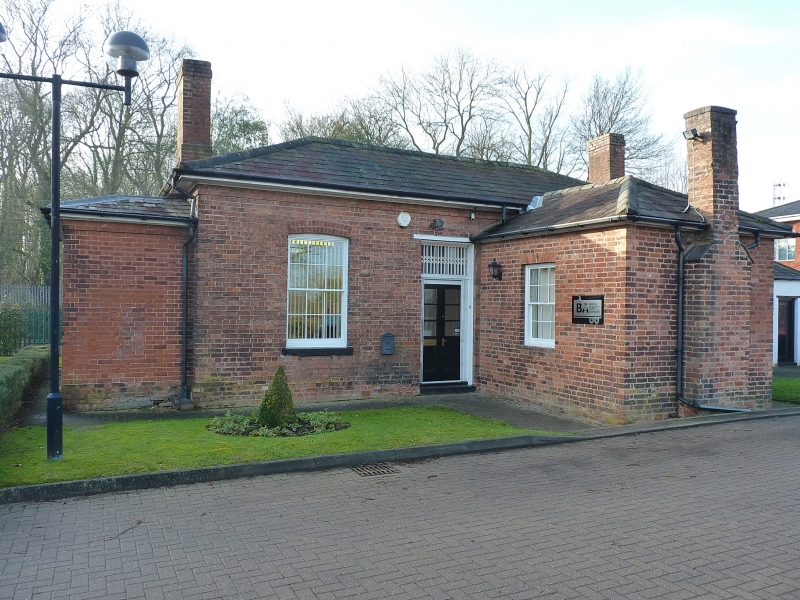 Location: Hampton in Arden, Solihull, B92

Find accommodation in
Hampton in Arden

The following buildings shall be added to the list;

HAMPTON IN ARDEN OLD STATION ROAD
SP 28 SW
Old Station Bungalow
15/10000
II
GV
Railway station house. 1839. For the Birmingham and Derby Junction
Railway. Red brick, graduated slate roof. 1 storey, 3 bays with small
vestibule to left and later wing to front right. Platform side (to
rear): plinth; gauged brickwork. Central canted projection with ashlar
quoin-strips and 3 tall 12-pane sashes with projecting sills and
rubbed-brick flat arches. Former doorway to bay 1 now has casement
window whilst bay 3 is covered by a C20 addition. Boxed eaves
overhang to hipped roof with end stacks and another stack to right of
the canted projection. Entrance front: central door beneath shingled
canopy and blocked overlight; large 12-pane sashes beneath segmental
brick arches. Later wing has shouldered, external end stack; 12-pane
sash to left return; hipped roof. Built at the intersection with the
London and Birmingham Railway main line. From 1839-42 this station
served as a principal junction between the railway systems of the
north and south; it predates the link provided by the Midland Counties
Railway Derby-Rugby line (completed July 1840). First station clerk
was James Allport who later became General Manager of the Midland
Railway from 1853-1880; he was knighted in 1884.