A Grade I Listed Building in St Alphege, Solihull 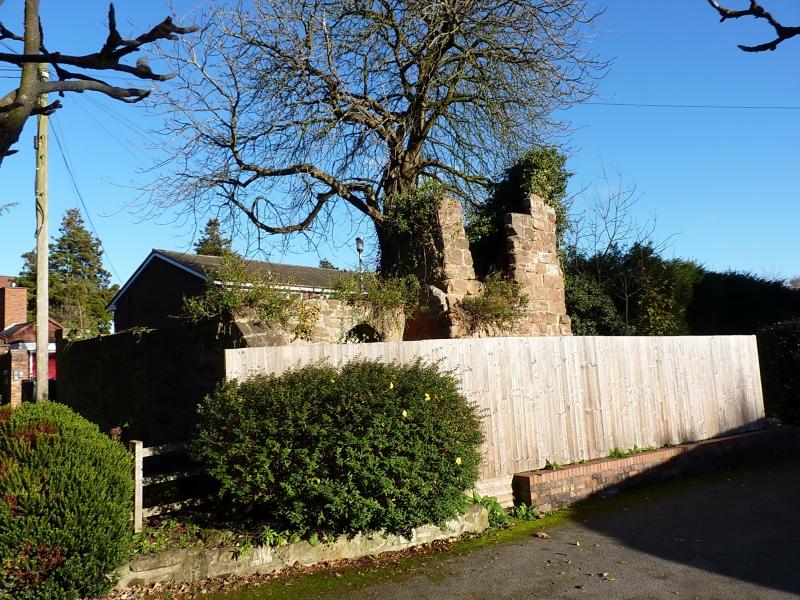 MATERIALS: the church is constructed of red sandstone with later work in grey sandstone, under tile and terne coated steel roofs.

PLAN: the church is cruciform on plan, with a central crossing tower with nave and aisles to the W and transepts to the N and S. To the E is the chancel, with a chantry chapel on its N side.

EXTERIOR: the main entrance to the church is through the N porch, through a pointed archway with a deeply moulded surround, and wrought iron gates dating from 1746. The porch is flanked by the tall windows of the N aisle, each with Decorated tracery and divided by later buttresses, all under a continuous castellated parapet. The W front is dominated by the tall central window, which is Perpendicular in style and dates originally from the 1530s but was reconstructed in 1879. Below this is the W door, flanked by tall buttresses and windows at the ends of each aisle. The S aisle has tall windows of Decorated tracery, and at its E end a large, eight-light flatheaded window. The S aisle also has a castellated parapet.

The N and S transepts, the chancel E window and the E window of the chantry chapel all have windows of cusped intersecting tracery. The S elevation of the chancel is of four bays with two-light windows with cusped tracery under a continuous hoodmould. Below these is a S door in a moulded surround with evidence of a sanctuary ring. The chantry chapel to the N is of two storeys, with windows matching the chancel in its N elevation, and small trefoiled lancets lighting the crypt below.

The tower has blocked paired lancets at its lower stages, which are of coursed rubble, and its upper stage has paired openings to the bell chamber, each with Perpendicular tracery and all under a continuous hoodmould. There is a projecting stair tower on the S face.

INTERIOR: inside the church the nave is divided from the aisles by tall arcades of double-chamfered arches on octagonal piers. The W face of the tower shows the line of an earlier nave roof, and the present roof of 1535 has had its ceiling removed but retains bosses. The N aisle has a chapel dedicated to St Thomas à Becket with a timber reredos in an C18 style with a painting of the Crucifixion by Gaspar de Crayer (1584-1669) and a small piscina adjacent. The S aisle chapel of St Antony has a stone reredos of the C16 and a further piscina.

At the crossing, blocked openings just W of the tower show evidence of the original church. In the opening between the crossing and the S transept, which now contains the vestry, there is a large organ in an early C18 case which was brought from St Martin's in the Bull Ring in Birmingham. Above the crossing is a timber ceiling with moulded beams and painted and gilded bosses, the central boss depicting the martyrdom of St Alphege. The N transept is divided into a sacristy and a chapel to St Katherine, the latter with a painted timber reredos and small piscina. There is a repositioned C15 screen concealing the sacristy, formerly a chapel with a small piscina.

The chancel has continuous hoodmoulds above its windows, and in the spaces where there are no windows there are C20 painted wooden statues on carved stone corbels, and the hoodmould above forms a trefoil. The roof is barrel vaulted and unceiled. There are choir stalls to either side and to the S of the altar there is a piscina in an ornate carved surround under a damaged crocketted hood and the seats of a sedilia adjacent. On the N wall a low door in a pointed surround gives access to the crypt below the chantry chapel. This has a rib-vaulted ceiling supported on carved corbels, and a fireplace at its W end. The E altar is understood to date from the original construction of the chapel and contains an altar sepulchre sealed with lead. A further opening from the chancel gives access up a flight of stairs to the Chantry Chapel of St Alphege, which is a tall space under a vaulted ceiling with large windows containing stained glass and a hoodmould above the windows matching that in the chancel and a piscina under a pointed hood.

FITTINGS: the church contains a large set of fittings. In the nave are oak pews dating from 1879 with a Mayor's Pew of 1954. The font at the W end is C13. The pulpit is of the early C17 with blank arches and the brass lectern is of 1884. There are hatchments above the tower arch to the Greswolde family and a brass chandelier of 1706 hanging in the nave. The N aisle altar is a C17 chest. There are a range of memorials from the C16 onwards including brass, marble and incised slabs. The communion rail of 1679 has twisted balusters, carved foliage and pierced square panels. The reredos behind the altar in the chancel is a repositioned C15 screen from the N transept.

There is stained glass throughout the church. The E window is by William Wailes, and the W window and large S aisle windows are by Charles Eamer Kempe, of 1879 and 1901 respectively. The E window in the chantry chapel is of 1908 by Bertram Lamplugh.

The parish of Solihull can be traced back to the late C12, and the Church of St Alphege is thought to have been founded c.1180. The original building is thought to have consisted of a nave, tower and chancel. During the C13 the manor of Solihull was in the possession of the de Odingsells family, and the granting of a licence for a weekly market in 1242 is evidence of a growing settlement. In 1283 William de Odingsells was knighted, and his marriage to a granddaughter of Henry II and improving rank in society encouraged him to engage in a programme of rebuilding of the church. This began with the building of the present chancel and the Chantry Chapel of St Alphege, which de Odingsells endowed. Worked was halted on Sir William's death in 1295, and then continued slowly until its eventual completion in 1535.

The enlargement of the church took place in stages. After the chancel and chantry chapel, the next addition was the transepts in the early C14, the S being understood to have been built first. The N aisle and porch were built at around the same time as the N transept, c.1350, and the S aisle followed with the rebuilding of the nave and the west front in 1535. The top of the tower and spire were added in the late C15.

No more major building schemes took place after this, although the south aisle and the spire were rebuilt after they collapsed in 1726 and 1757 respectively. Pressure from the nave roof continued and the aisles were eventually strengthened with buttresses in the 1950s. The internal plaster of the church was removed in 1856, and in the 1870s a W gallery was removed, at which time the W window was reconstructed. A small vestry addition was added in 1985, and was opened by Princess Margaret.

REASONS FOR DESIGNATION:
The Church of St Alphege, a parish church with phases of development throughout the medieval period and later, is listed at Grade I for the following principal reasons:
* Architectural interest: the church has architecture surviving from multiple periods, reflecting changing practices in English architecture over many centuries:
* Historic interest: the church retains a high proportion of significant medieval fabric, with its various phases and alterations reflecting the long history of Solihull;
* Fittings: St Alphege contains a very good set of historic fittings which also represent many different periods and are of consistently high quality;
* Group value: for its contribution to the townscape of Solihull, and relationship with other listed buildings.