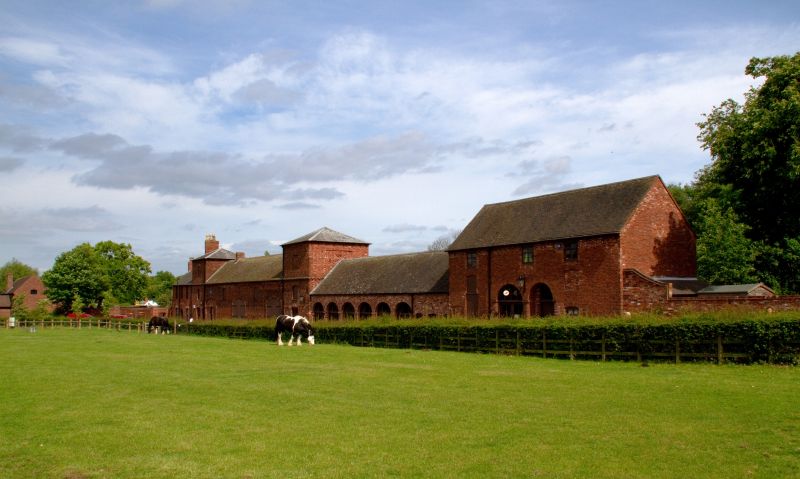 Farm buildings, now visitors' centre. Probably c1800. Brick with tile roofs.
Arranged around a square farmyard, with buildings on three sides and wall enclosing
south side. Two storeys, with three-storey corner pavilions under pyramid roofs.
North-east tower contains dovecote. On east side of courtyard the buildings have
doors and windows with segmental heads. On the west side is an open shed with a
seven-bay arcade of elliptical arches. On the north side is a barn. This has
two cart entrances with elliptical arches, with a third similar arch to the east
containing smaller doorways. Adjoining to the west is a single-storey cartshed,
now an exhibition wing, with six-bay arcade now glazed. Adjoining it further
west is a two-storey building with two arched cart entrances. These planned
farm buildings were built as the home farm on the Earl of Dartmouth's Sandwell
Hall estate. Sandwell Hall was demolished in 1928.