A Grade I Listed Building in Longtown, Herefordshire, 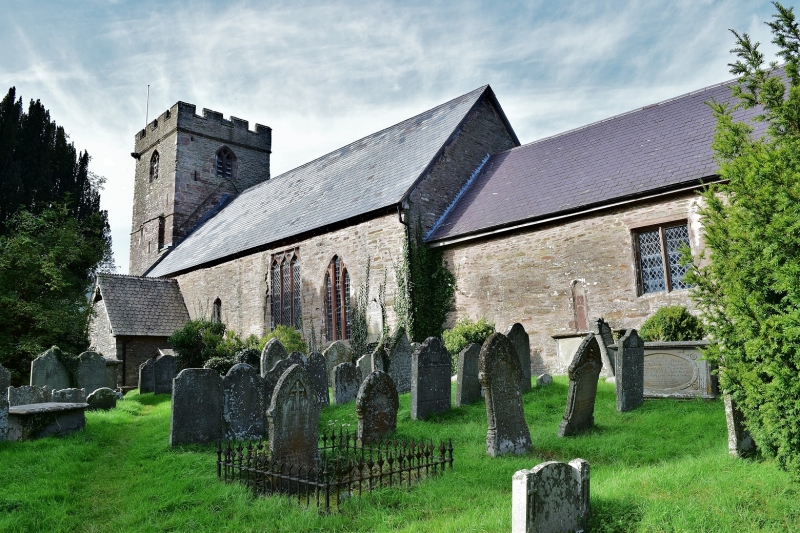 Fittings: C13 font with curved circular bowl, round shaft and base. West gallery and staircase c1700, with turned balusters, C17 box pews with panelled sides and some with dates. Three-decker pulpit with sounding board c1700. Late C17 communion rail, three sided with turned balusters in chancel. Monuments in nave near pulpit a slab with funerary inscription ascribed to C9. There are also remains of paintings on north wall of nave and several other miscellaneous chests and tables.