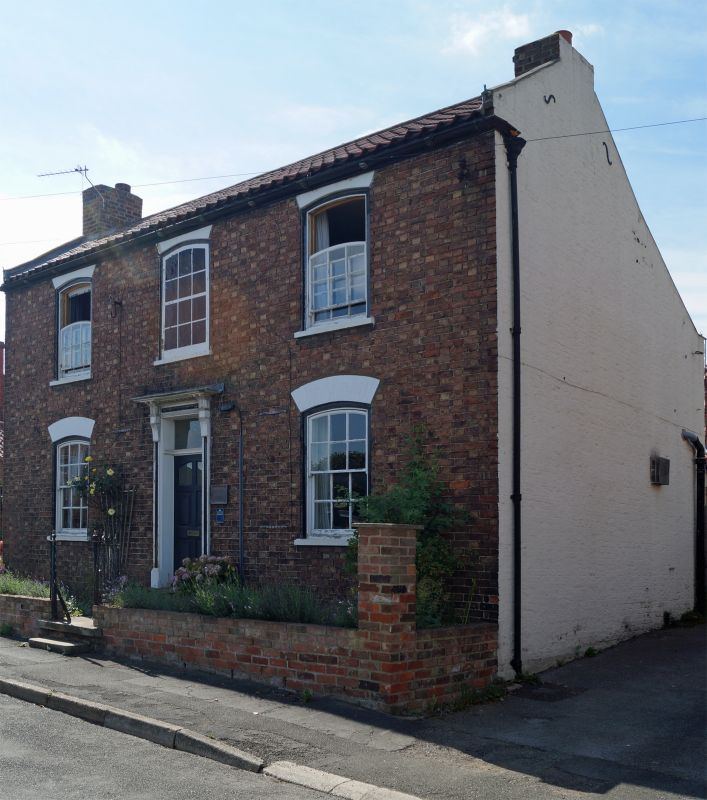 Interior has round-arched opening to stairhall with panelled pilasters; open-well staircase with slender column balusters and corniced handrail. Round-arched alcoves flanking chimney to ground-floor right. Moulded and fielded six-panelled doors in architraves, moulded skirting boards, panelled hung sash window shutters to front rooms. A good example of local Georgian patternbook building, with some distinctive stylish features; the design of the doorcase is unique and the arched sashes are one of only two examples known in the District's village.