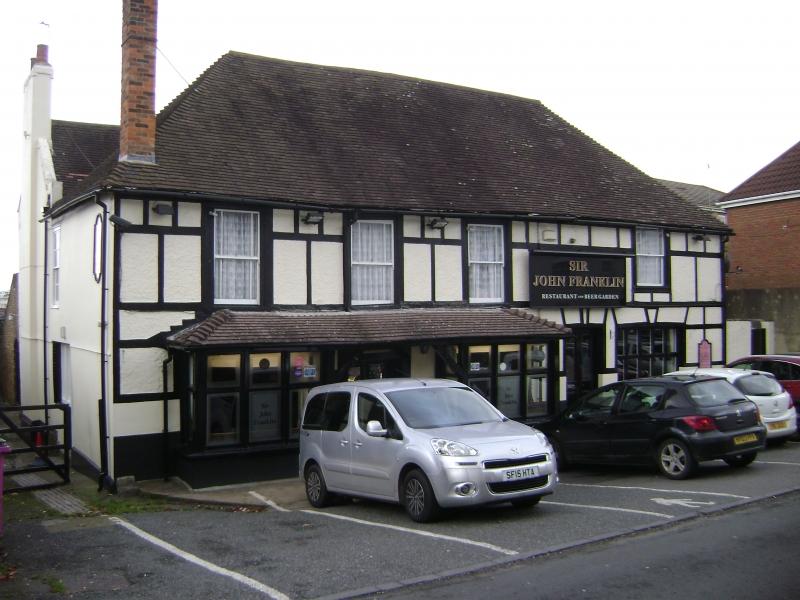 2.
Circa 1840 but may incorporate earlier cove. Two parallel ranges. The front range
is the earliest. Two storeys yellow brick, the front stuccoed. Hipped renewed
tiled roof. Four C19 sashes. Later weather porch. Rear range of circa 1800 with
mid C19 porch. This range has an early C19 fireplace with wheat drop swags.
Sir John Franklin the explorer spent his last night at the White Hart before setting
off on 19 June 1845 to find the north-west passage, a trip from which he never
returned. In 1661 the White Hart was connected with a notorious murder of a prince
of Transylvania by Isaac Jacob and Camirus Kargagi. They drove from Gads Hill
the scene of the crime to the White Hart, then known as the Kings Head in their
master's carriage but were caught here and later hung.