A Grade I Listed Building in Swanscombe, Kent 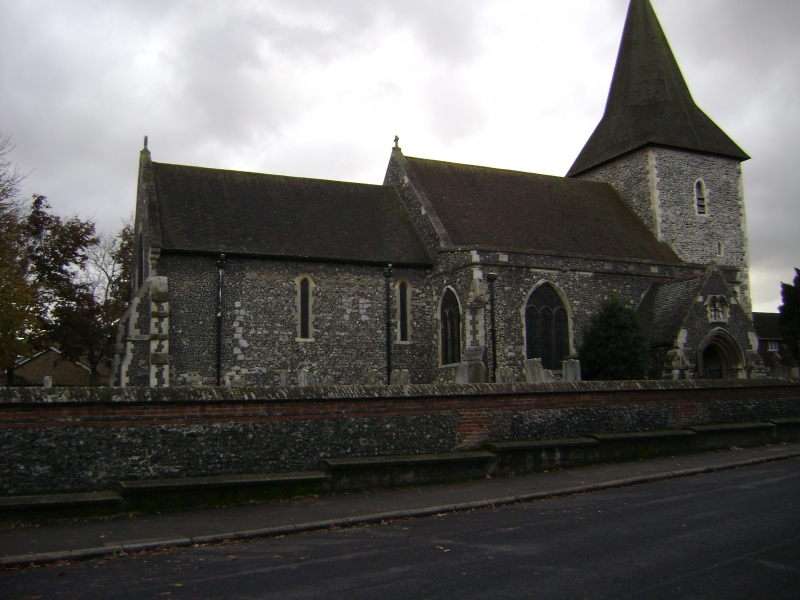 2.
Some C11 and C12 work in the tower and chancel respectively but mainly C13 with
C15 windows. Heavily restored by Jabez Bignall in 1872-3 and repaired by him
after a fire in 1902. Built of flint with patches of stone rubble and stone
dressings. Nave with clerestory, north and south aisles, chancel and west tower
with broached shingled spire. South porch. The lower part of the tower is Saxon.
The chancel has a blocked Norman window and in the nave there are traces of round-
headed recesses in the east wall flanking the chancel arches. The aisles and
clerestory were added in the late C12. Three bay arcades. Pointed arches with
angle rolls. Short circular piers and square abaci with chamfered corners. The
tower was reconstructed in the C13 and the chancel arch is C14. Norman font.
Perpendicular oak lectern (one of only 2 in Kent). C18 pulpit. Brass chandelier
dated 1687. Large standing monument to Sir Raphe Weldon died 1609 and hanging
monument to Anthony Weldon died 1613.