A Grade I Listed Building in Stone, Kent 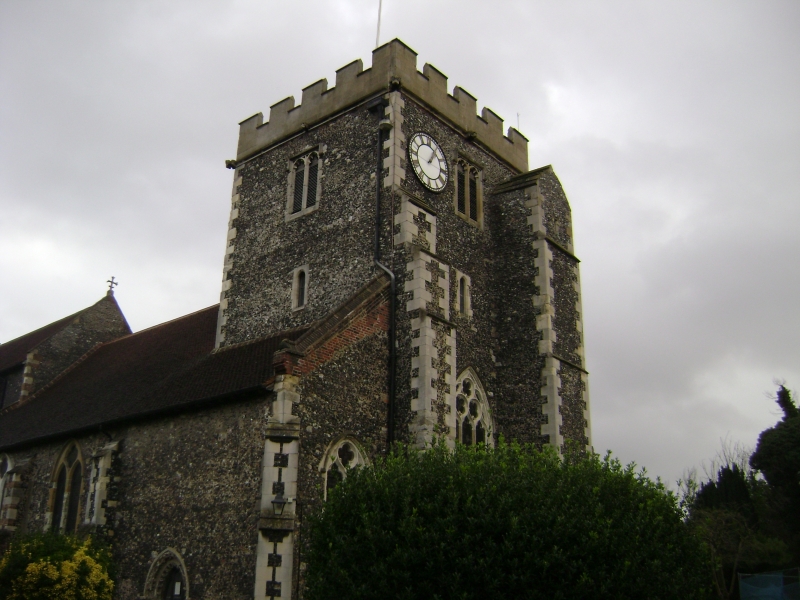 I
C13, C14, C15, C16 and C19. The Bishops of Rochester had a manor at Stone and the church was in their patronage. Built of flint with stone dressings, patched with brick in places, and tiled roof. Chancel with north chapel, now the vestry, nave with lean-to aisles and west tower, the aisles continued to the north and south of the tower to end flush with its west wall.

Late C13 interior with three bay nave and rib-vaulted chancel. Late C13 chancel wall arcading - the spandrels of which are identical to similar arcading in Westminster Abbey in the Choir Chapel - which indicates a date of circa 1260 and that Westminster masons built the church at Stone. The north aisle has remains of late C13 wall paintings. The west tower is early C14 and there is a Perpendicular north chapel of circa 1527. G.E Street restored the church circa 1859-60 and the roof dates from this time. Brass to John Lumbarde died 1408. Small tomb chest to Sir John Wiltshire died 1527. Small hanging monument in west chapel to Robert Chapman died 1574.