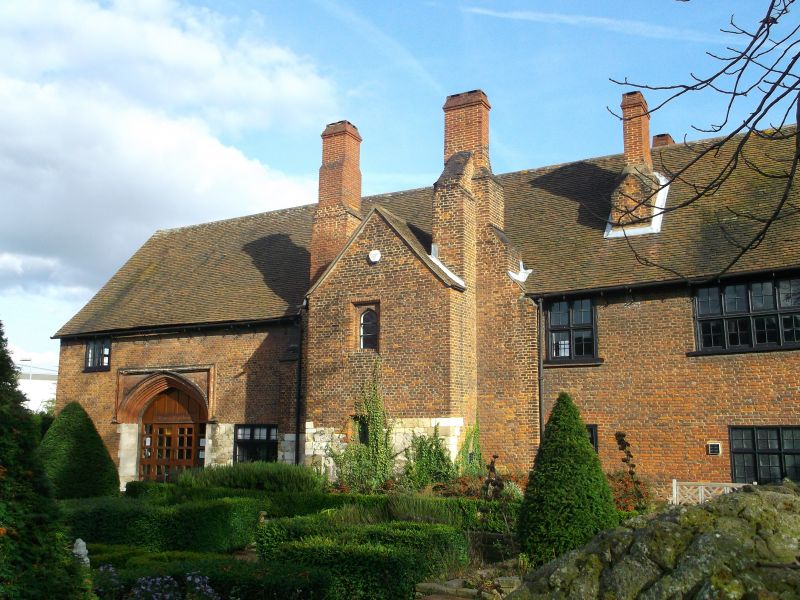 2.
Dartford Priory stood on the site of Hall's Engineering Works. It was founded
by Edward III about 1349 in the buildings of a former royal palace. New buildings
had been erected by 1356. The priory was suppressed in 1538 and the buildings
converted into a royal house which was at first occupied by Henry VIII, then granted
to Anne of Cleves by Edward VI, later used by Queen Elizabeth but alienated by
James I. The principal remains of this house consist of the Gatehouse which was
built by Henry VIII between 1541 and 1545. It was subsequently used as a farmhouse
until taken over by Hall's Works. An L-shaped building. 2 storeys red brick but
with some stone rubble to the ground floor. Tiled roof, partly replaced with glass
to form skylights. 5 casement windows. In the angle of the L is a 2 storeyed
rectangular projection. At the north end of the north wing is a blocked 4-centred
stone carriage archway with a moulded brick head and dripstone over. The interior
contains contemporary stone fireplaces and ceiling beams but has otherwise been
modernised.