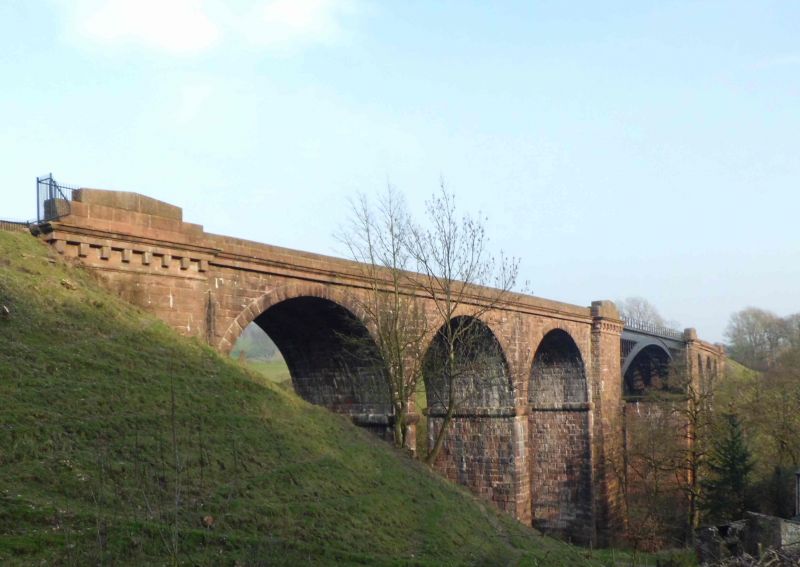 The asset was previously listed twice also under List entry 1383592. This entry was removed from the List on 19 January 2017.

MARTHWAITE
FIRBANK
B6257 (East off)

(Formerly listed as: Lune Viaduct at Newbys Dub, That part in Firbank CP)

Railway viaduct carrying former Tebay-Kirkby Lonsdale line over River Lune. 1857-1861. 8y Joseph Locke and John Errington for the Ingleton branch of the London and North Western Railway Company. Punch-dressed red sandstone and cast-iron. Classical style. Symmetrical, with a central cast iron span approached on each side by 3-bay arcades of round headed stone arches. The cast-iron central span has a plain segmental arch and spandrels filled by 2 tiers of round headed arches; it is carried on a pair of large square slightly-battered piers, which have modillioned cornices and parapets with low triangular upstands, and the flanking arcades spring from rectangular piers which have prominent impost bands carried round, a plain ashlar frieze, moulded cornice and punch-dressed parapet, terminating in abutment piers in same style as those in the centre.